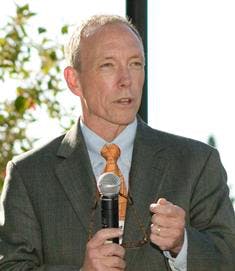 Ted Mitchell, the undersecretary of education, said he thinks there will be an acceptable plan in place “in the next few days.”WASHINGTON ― The troubled for-profit education company Corinthian Colleges Inc. and the Education Department failed to meet a deadline to map out the future of the company’s more than 100 campuses, but both sides on Wednesday expressed optimism that a consensus would be reached.

In June, the company and the Education Department said they reached a memorandum of understanding that would allow the company to obtain an immediate $16 million in federal student aid funds to keep operating. But under that agreement, the two sides had set a Tuesday deadline to hammer out a more detailed plan on whether campuses would be closed or sold.

The Education Department has said it put Corinthian on heightened financial monitoring with a 21-day waiting period for federal funds. That came after Corinthian failed to comply with the department’s requests to address concerns about Corinthian’s practices. Those concerns included allegations of falsifying job placement data used in marketing claims to prospective students, and allegations of altered grades and attendance.

Ted Mitchell, the undersecretary of education, said in a statement Wednesday that “we are optimistic that further conversations with the company will produce an acceptable plan in the next few days that protects the interests of students and taxpayers.”

Corinthian, based in Santa Ana, Calif., said it “continues to work cooperatively” with the Education Department.

Corinthian has said it will look for new owners for most of its schools and hopes to have sales agreements in place within about six months.