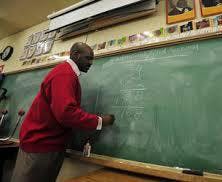 America’s primary and secondary schools may be busy preparing for the onset of the Common Core standards, meant to better prepare students for college, but one key partner isn’t even close to ready: colleges and universities themselves.

That’s the conclusion of a new report from the New America Foundation, which finds that “there is little evidence to suggest colleges are meaningfully aligning college instruction and teacher preparation programs with the Common Core standards.”

Even though the Common Core was meant largely to improve the college readiness of high school graduates, the report says, “Many of those within higher education were not involved in developing or endorsing the Common Core standards and assessments, and have not considered how they might change their own practices to align with this K–12 initiative. Indeed, many are not even aware of the Common Core.”

The findings follow earlier alarms that the people who run higher education have, for the most part, gotten involved only late in the Common Core process.

Forty-three states and the District of Columbia have adopted the Common Core, a set of standards meant to help improve the preparation of students from primary and secondary schools to go on to — and succeed in — college.

But “there are few coherent approaches being used to join these two systems into a rational shared commitment to the Common Core,” the report found.

One reason, it said, is that it’s hard to come up with a single definition of what makes a student ready for college. Another is the huge variety of colleges and universities. Yet another is that “there is little or no pressure on colleges and universities to change their own academic practices to align with or incorporate these new standards … even among educators who are genuinely invested in making these new standards and assessments work at the K–12 level.

The report recommends that colleges add the results of Common Core assessment tests to the measures by which they gauge students’ eligibility for admission and financial aid; that they help make sure primary and secondary schools teach the things needed to succeed in higher education, and that the Common Core tests measure them; and that schools of education show future teachers how to prepare their students for college and careers.

Only a quarter of high school students who took the ACT test last year were judged ready for college in English, reading, math and science, according to the company that administers the test. Another national study found that more than half of recent high school graduates entering community colleges needed remedial courses, a process so demoralizing that only about a quarter of them ever manage to earn degrees.

Providing all of that remedial education costs universities and colleges $7 billion a year, the National Bureau of Economic Research reports.

Not all of higher education is behind. Colleges and universities in Tennessee, California and some other states are working with their K-12 counterparts to get ready for the Common Core, and more than 200 college and university leaders last month announced a new group to support the Common Core, called Higher Ed for Higher Standards.

Yet a separate survey by the Center on Education Policy at George Washington University found that education commissioners in 35 of the states that have signed onto the Common Core report major or minor challenges in working with higher education institutions on the transition to the new standards.