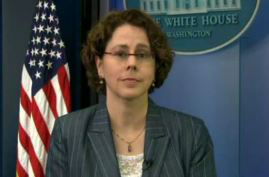 President Obama’s proposal of free community college, a theme he elaborated on in Tuesday night’s State of the Union Address, has caught the nation’s imagination at the very least, even if some are saying that it is too visionary to ever be implemented.

Republican lawmakers, such as Mitch McConnell, have already said that they are unlikely to go for President Obama’s proposal. But White House Domestic Policy Director Cecelia Muñoz attempted to frame the concept as “bipartisan” in its origins in a press call with reporters on Wednesday.

“The origins of this proposal are in a project that has taken shape in the state of Tennessee. The president unveiled this proposal Tennessee with the Republican governor. And [so] it’s possible to get this done in a red state,” Muñoz said. “The city of Chicago is also doing the same thing. So [the President] highlighted that these are bipartisan ideas, they’re the kinds of things that Congress can and should absolutely get done.”

Tennessee’s Republican Senator, Lamar Alexander, traveled to the state with Obama to announce the community college plan, on January 9. On the same day, Alexander released a statement saying that the plan would be better implemented on the state, rather than federal, level.

To fund Obama’s vision, Congress must agree to consolidate and modify various education tax incentives — and raise taxes on the wealthy and financial institutions. The White House said that the program would cost $60 billion over the next decade.

Muñoz argued that the current system of tax incentives is “bewildering and complex,” implying that it ought to be reformed anyway. She said that many families and individuals are failing to take advantage of the benefits already on offer.

The White House plans to take advantage of the American Opportunity Tax Credit, which is slated to expire in 2017. Muñoz said that the AOTC architecture would allow the government to cut taxes for 8.5 millions families and students, simplify taxes for 25 million more families and students claiming education tax benefits, and provide students with $2,500 each year for five years.

In addition to targeting trust funds and capital gains, the White House proposal would increase taxes on 529 college savings plans. Since 2001, withdrawals from 529s have been tax exempt.

Muñoz said that the 529 plan benefits families from higher-income brackets, arguing that removing that benefit would redirect funds to the neediest.

“More than 80 percent of the people who benefit from the 529 programs come from families with incomes of more than a quarter million dollars. So we are focusing on a structure that, again, targets the savings and incentives towards the folks who need it most,” Muñoz said.

The president will present his budget proposal on February 2. “There is a legislative debate still to be had,” Muñoz said.