The Community College of Baltimore County (CCBC) is well known for its Accelerated Learning Program (ALP), which quickened the path towards credit-bearing courses for students in developmental writing classes. ALP inspired hundreds of other colleges to adopt a similar model. 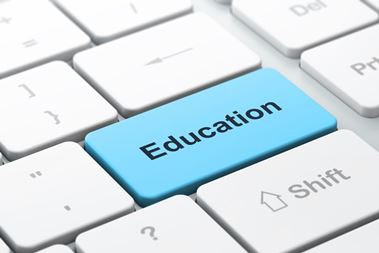 ts who take both AMP and ALP have much greater success with moving on to upper-level classes than their peers in standard remedial math classes.

“Often students who come in at the remedial level believe that they’re bad at math or can’t do math,” said Danielle Truszkowski, AMP director and CCBC instructor. “But then when they’re successful, then they almost think they’re Einstein. It gives them a whole new attitude and outlook.”

ALP and AMP are both responses to the general concern that standard remedial education does not appear to be working for many students. A number of studies and reports have consistently shown that only a small fraction of the students who start out in remedial courses ever make it to their targeted credit-bearing course.

“Often lengthy remedial sequences pose a barrier to completion for students and what we’ve seen is that co-requisite models are often times the most promising reforms in terms of the impact that you see on completing remedial sequences and completing a gatekeeper course in math or English,” said Madeline Trimble, a data analyst at the Community College Research Center (CCRC).

About 79 percent of students entering CCBC need some form of remedial education. Mark McColloch, CCBC vice president of instruction, said that many students need remediation because relatively few come to CCBC straight out of high school.

“People have typically been out of school for a couple years, and so, especially at intermediate algebra, people have a really strong tendency to forget that if they’ve been away from it for more than a year,” McColloch said. According to the school website, only 9 percent of CCBC students in 2014 were under the age of 20.

In addition, the demographics of the county have changed. The county is more diverse, with growing numbers of minority students. Although CCBC serves primarily county residents, about 12 percent of CCBC’s students come from Baltimore. “We actually have almost as many city residents going to the county community college as go to the city community college,” McColloch said.

In standard remedial courses, students tend to drop out as they move along through the sequence. One of the victories of AMP and ALP is that it doubles the numbers of students making it to the target class. Currently, between 17 and 20 percent of all remedial math classes at CCBC are AMP classes. The goal for the next three years is to move the needle closer to 40 percent.

McColloch said it is more difficult to persuade students to take AMP classes as opposed to ALP classes, which account for around 90 percent of remedial writing classes. Part of the attraction of ALP is that students need to get past English 101 to move on to credit-bearing classes. While students need a math credit to graduate, they can maneuver around math more easily in the early stages of their college careers.

Another issue is what McColloch refers to as the stigma surrounding math and English. “Unfortunately there’s not much stigma in the U.S. about doing well in math, people just accept that,” he said. “But if you’re not in English 101 there really is a stigma attached to it, so people are anxious about getting into the 101 class.”

Positively impacting student retention and graduation rates is important work, since community colleges face criticism from some circles for their low graduation numbers.

According to data collected by Complete College America (CCA) in conjunction with the Maryland Higher Education Commission, only 18.9 percent of all Maryland students earn a two-year associate degree in six years. For African-American students, the percentage is 9.8 percent, and for Hispanics, 17.5 percent. Only 4.2 percent of all students complete their two-year associate degree on time.

“Just to be clear, Maryland is not unique,” said Bruce Vandal, vice president at CCA. “This is a challenge for virtually every college and community college system in the country.”