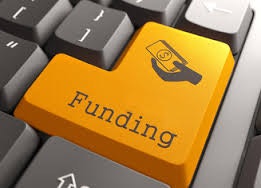 League for Innovation leaders looked to the future at a forum at the Innovations conference in Chicago on Monday morning. The major issues that rose to the forefront were the upcoming transition of leadership to a new generation of community colleges leaders, resolving issues around the national completion agenda and ever-shrinking state contributions to community college finances.

John E. Roueche, president of the Roueche Graduate Center at National American University, said that community colleges across the country should take heed of the lessons to be learned from community colleges districts in Arizona.

Arizona is known for its parsimony when it comes to funding higher education, but it made an unusually bold statement on that score when it reduced funding for Maricopa and Pima Community College Districts to zero for 2016. Pima and Maricopa are the two largest community college systems in the state.

“It’s a harbinger, I think, of things to come,” Roueche said.

Community colleges are also feeling the pinch in states such as Illinois and Louisiana, where state legislative assemblies are battling over the budget. Public universities and colleges in Illinois have not received state funding since July 1 of last year, and Gov. Bruce Rauner recently vetoed a bill that would fund both community colleges and the Monetary Award Program (MAP), tuition grants that go to the state’s neediest residents.

When states decrease funding for community colleges, institutions must resort to other means to keep operating, such as increasing tuition, fundraising, and restructuring their offerings or downsizing. Both Maricopa and Pima found ways to evolve and grow despite the lack of state support. Maricopa, under the chancellorship of current League president Rufus Glasper, developed a corporate college and partnerships with companies like Nike and Amazon to provide training for company employees.

Who ought to lead the nation’s community colleges is an important question, because it is expected that many of the current presidents and CEOs will retire in the next five to 10 years, according to AACC surveys and other reports.

In the past, “You were never trained or expected to raise millions and millions of dollars. That wasn’t part of the expectation of the CEO of a community college,” said Gerardo de los Santos, former president of the League. “Today, you better believe that every [presidential search committee] is going to be asking for that pedigree and that experience.”

The U.S. Department of Education, the Bill & Melinda Gates Foundation and the Lumina Foundation have all invested hundreds of millions of dollars in community colleges with the goal of improving graduation rates, but it seems that the one constituency that would really be able to make a difference, the faculty, have not been as involved with the new agenda as they ought to be to ensure its ultimate success, de los Santos said.

“We saw that college’s value and mission statements were changing,” he said. “But in talking to faculty and staff we learned that often times they didn’t understand what this meant with regard to their work with students.”