In 1972, Rowena Tomaneng’s parents moved their family from the Philippines to the Los Angeles area in hopes of ­finding better educational opportunities for their children. 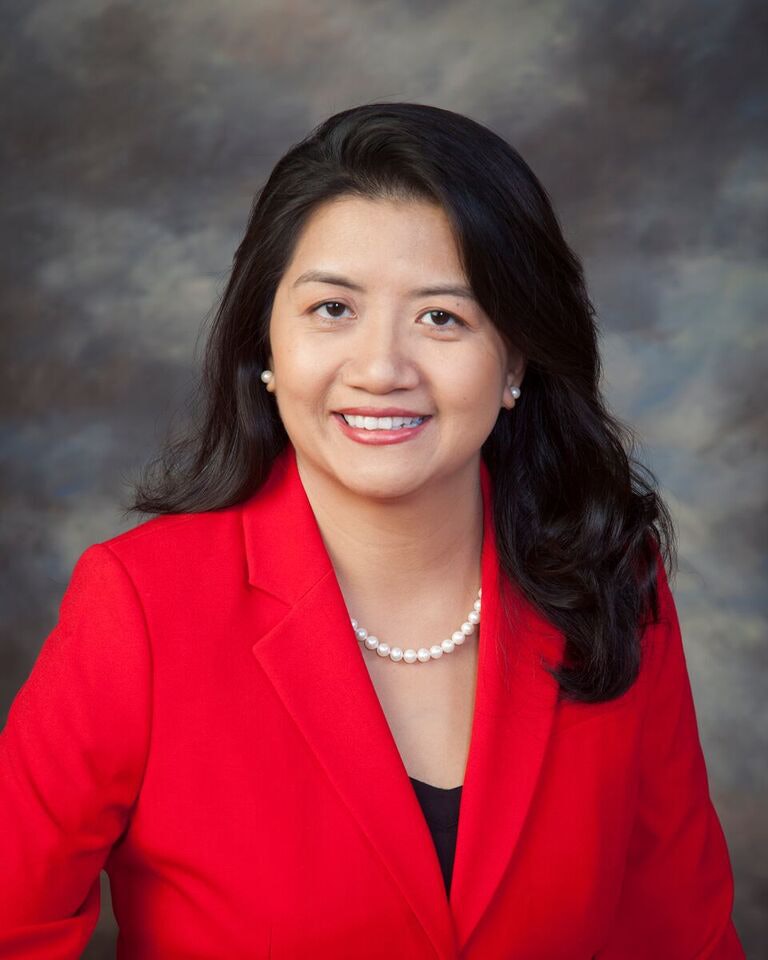 Six years later, Thuy Thi Nguyen and her family were among “boat people” who left Vietnam, convinced that its Communist regime was far worse than the dangers at sea and the uncertainties ahead.

In the United States, Nguyen and Tomaneng grew up in racially diverse cities, found their professional calling at community colleges and have spent most of their adult lives advancing two-year institutions. Coincidentally, both women work in Northern California.

Each is a ­first-year college president. A lawyer by training, Nguyen presides over Foothill College. Tomaneng is president of Berkeley City College.

They are among a sliver of chief executives in higher education — encompassing not only community colleges but also four-year universities — who are Asian American or Paci­fic Islander (AAPI). It is worth noting, though, that both women are under age 50 and could conceivably steer institutions of higher learning for many years.

“We have a new generation of AAPIs who are serious about leadership,” says Tomaneng, a longtime English literature and composition instructor and self-described activist scholar, whose doctorate in international/multicultural education is nearing completion.

Paths into Their Presidencies

After high school, Tomaneng juggled a job alongside courses at Cypress College in Southern California, where the instructors supported and nurtured her passion for history, writing and narrative storytelling. She quickly realized the impact that two-year institutions can have on a student’s life and educational journey, a belief she held long after transferring to a four-year university.

Outside of academia, Tomaneng was active in culturally focused organizations and led advocacy campaigns for immigrant rights and community policing.

She joined the 7,000-student Berkeley City College last summer and has spent much of this academic year acquainting herself with an array of constituencies on and off campus in order to determine her top priorities as president.

Meanwhile, much of Nguyen’s childhood was spent in New Orleans, then in Oakland, California, where her family lived in public housing and her mother, despite their meager income, often cooked meals for their neighbors. She attended a majority African-American and Hispanic high school.

A University of California, Los Angeles law graduate, Nguyen practiced at a law ­firm in which her clients included school districts that were navigating court orders or consent decrees involving desegregation.

In 2003, she became general counsel of the Peralta Community College District, where she advised senior administrators and elected trustees about issues as wide-ranging as academic freedom, labor relations, student discipline, procurement and bidding matters, constitutional law, and drones on campuses. While spending more than a decade in that role, Nguyen also boosted opportunities for students of color. 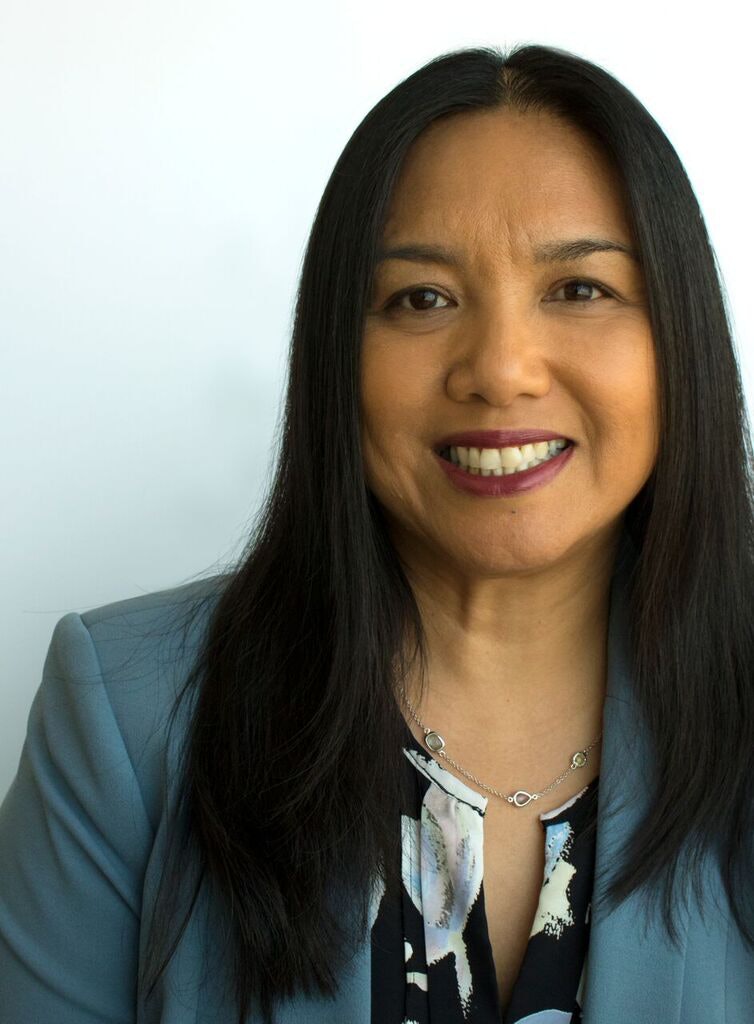 She proposed and helped design and implement the “Community Colleges Pathway to Law School” initiative, an unprecedented diversity pipeline program involving two- and four-year institutions and law schools in California. The program predicates on the notion that two-year colleges, which often enroll higher numbers of non-Whites than their four-year counterparts do, can help funnel many more minorities into law school and into the legal profession.

Prior to joining Foothill, Nguyen spent almost a year as interim general counsel of the California Community Colleges Chancellor’s Office.

At Foothill, which is about 25 percent Hispanic, Nguyen has already made “Student Success For All” a signature initiative.

“Because people hear ‘equity’ a lot, it’s easy to forget that equity and success ought to be attainable for everyone,” she says. “That’s why I emphasize ‘for all.’”

It is also easy to presume mistakenly that students at Foothill, which is in the heart of technology-rich Silicon Valley, are all middle or upper class and therefore immune to race-based or socioeconomic achievement gaps. However, about 25 percent of Foothill’s 13,425 students come from households with an average annual income of $25,000 or less. Further, about 25 percent are first-generation college-goers.

White students scored 21 percentage points higher than African-American students did in course success rates based on class grades across all racial groups for the fall 2015 quarter.

While becoming acquainted with Foothill faculty, Nguyen noticed that quite a few of them had been first-generation college students themselves. Therefore, she asked college officials to create yellow buttons for applicable employees to wear that read, “The first,” to encourage students to seek out people who easily relate to their academic and personal challenges.

“I really feel that I’m working where I am needed,” Nguyen says of Foothill.

Slow Progress toward a Critical Mass

In late March, Tammeil Gilkerson became president of Laney College in Oakland. A Korean American, she is working on her doctorate in educational leadership. Like Nguyen and Tomaneng, she too has spent many years advancing two-year institutions. Most recently, Gilkerson was Contra Costa College’s vice president of academic and student affairs.

Only 1.5 percent of college presidents were of AAPI descent nationally in 2011, which is the most recent year for which statistics are available, according to the American Council on Education (ACE). That percentage is similar in the previous ACE survey of presidents five years earlier — as well as 25 years before that.

During interviews with Diverse over the years, AAPI presidents have said that the scarcity is tied in part to the so-called bamboo ceiling phenomenon, a misconception that AAPI people are not assertive enough for leadership roles.

Despite the appointments of people such as Gilkerson, Tomaneng and Nguyen, it is hard to fathom that statistic multiplying soon.

When news broke last year about Nguyen joining Foothill College, she recognized the name of another AAPI college president in a crop of congratulatory messages — only to discover the person was no longer president.

Tomaneng, meanwhile, has painstakingly tried to avoid fueling the seemingly unfair stereotype. Even as an administrator at De Anza, she deliberately made it a point to speak often at meetings, a tactic she continues to employ as president of Berkeley City College.

“Not only do people make assumptions based on race, but there’s the issue of gender,” Tomaneng says. “I don’t want to imply that our AAPI brothers lack stereotypes that they have to fend off. But AAPI women have another layer to navigate.”

She encourages other mid-career and rising AAPI educators to consider strongly seeking out presidencies and other senior-level positions. All the same, she remains cognizant that, for many AAPIs and other educators of color who enter the profession as activists and agitators, the ivory tower is anathema.

“There’s a lot of opportunity to make an impact in higher education, especially benefiting underserved students,” Tomaneng says. “But I have found that, in order to go beyond making an impact on individual students, it’s important to be open to an administrator role.

“Some of us must do this in order for institutional change to occur. We still operate in traditional hierarchies and silos. If you’re going to try to change an institution, you have to take on leadership roles to make that kind of impact. That has been a driver for me.”