In analyzing data from the Texas Education Research Center, SWE researchers found that less than 4 percent of female students chose engineering or computer science (ECS) majors compared to nearly 20 percent of men across two- and four-year institutions in the state. Evidence of a slight decrease in ECS major declarations among women comes despite more women than men enrolling in college each year. 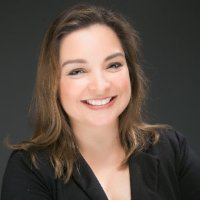 “Even as girls have reached some level of parity in math and science achievement, there’s still, in many cases, unconscious barriers in place that keep girls and women from pursuing a STEM education, particularly in the areas of engineering and computer science,” said Dr. Roberta Rincon, author of the report and manager of research at SWE.

SWE researchers also note that women switch out of ECS fields and earn non-ECS baccalaureate degrees at higher rates than men when they transfer to four-year institutions.

The report focuses on community colleges as a potential pipeline to diversify ECS fields because researchers found that approximately 15 percent of two-year college students declare an ECS major; more than 65 percent of students who declare an engineering major transfer to a four-year university to complete an engineering degree; and many underrepresented groups – including women and minorities – begin their matriculation at a community college.

Especially significant is the analysis of community college students’ persistence rates that indicated that women’s persistence rates in ECS have risen nearly 12 percent since the 2002-2003 FTIC cohort, compared to a 3 percent increase for male counterparts over the same time period. Even so, less than 30 percent of students who transferred and declared an ECS major at a public institution in Texas had persisted in the same field by 2015, with Black and Hispanic students having the lowest rates of persistence and completion of an ECS degree.

Across all FTIC cohorts analyzed, less than 1 percent of Black, Hispanic and White female transfer students earned an ECS baccalaureate degree by fall 2015. While Hispanic and Asian women have seen slight increases, Black women have seen decreases in ECS degree-completion rates, according to the report.

Barriers to completing an ECS degree, such as negative biases and stereotypes, are “magnified for women of color who face both gender and racial biases in college as well as in the workplace,” Rincon said.

The next step for SWE researchers is to fully understand the “why” behind the race and gender disparities in engineering and science.

While SWE’s demographic data primarily focuses on Texas institutions, a national overview of the demographics of the engineering and science fields reveals that White men and women equally make up 62 percent of people in those fields. According to that overview in a report by the National Science Foundation (NSF), Hispanic women, Black women and Asian women make up only 8 percent, 7 percent and 3 percent, respectively.

Proposals to diversify the field include providing support networks, professional development opportunities and career resources through organizations such as SWE to increase persistence and completion rates for women and other minority student groups looking to enter the engineering and computer science workforce, Rincon wrote in the report.

SWE is part of the 50K Coalition, a 40-organization collaborative formed by SWE, the American Indian Science and Engineering Society (AISES), the National Society of Black Engineers (NSBE) and the Society of Hispanic Professional Engineers (SHPE). The organizations work together with the goal of increasing the number of women and underrepresented student graduates in engineering from 30,000 to 50,000 per year by 2025, Rincon said.

Supporting community college transfers “is definitely high up there” in terms of strategies to achieve the goal, Rincon said. “We know we can’t ignore community colleges. We need to do a better job of considering all of the different pathways that students can take to earn a degree in engineering and computer science.”

Building a sense of community along the pipeline so that women avoid feelings of isolation in the field is also necessary, said Dr. Juan Gilbert, the Andrew Banks Family Preeminence Endowed Professor and chair of the Computer & Information Science & Engineering Department at the University of Florida (UF). His success at recruiting diverse students to UF “comes from creating community and understanding how to support students who are traditionally underrepresented in the academy.”

The computer science department at UF has the nation’s largest group of female tenure-track faculty in CS, the largest group of African-American faculty in CS, the largest group of African-American Ph.D. students in CS and is responsible for 22 percent of Black women who go on to get a Ph.D. in the field, Gilbert noted. He suggested that underrepresented students in the field should have at least two supportive figures at every stage of their matriculation so that they will have a representative community while they navigate their programs.

Rincon and those affiliated with other professional groups want women and minority students to know that there are resources available to support them.

“If they need some assistance in some way,” Rincon said, “they have other women who they can reach out to, to help support them and make sure that they are continuing along this pathway towards graduation, as well as entering the workplace and continuing on as engineers and computer scientists.”