Free College for Whom? The Emergent Barriers of Free Public College Policies

After decades of mounting student debt and rising tuition costs that accelerate at a pace that far exceeds that of the average national salary, some among a crowded Democratic primary field are heralding free college as the progressive change this country needs to empower the 99 percent. Joining the ranks of 2020 issues like universal healthcare, voting rights, and immigration reform, many candidates are positioning access to higher education as a fundamental American liberty. The most sweeping policy reforms come from party heavyweights, Elizabeth Warren and Bernie Sanders, whose plans for free college going forward look strikingly similar. Both propose making public two- and four-year colleges completely free by taxing the American upper class. Senator Warren intends to levy an ultra-millionaire tax for households with over $50 million in wealth while Senator Sanders suggests a 0.5 percent tax on stock trades. While an appealing quick fix to an economic epidemic, candidates who champion tuition free public college have not considered its consequences. Free college alone will not solve the problem of access to an affordable college education – it will lead to the further exclusion of populations already underrepresented in higher education. 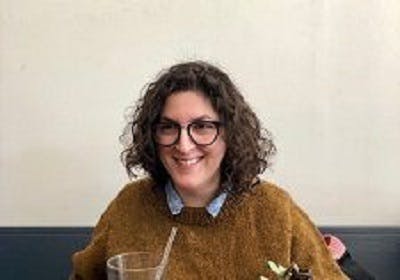 I understand the democratizing impulse behind the push for universal free college. Plans for free public college provide a feasible solution to a pressing economic issue of our time. Higher education is becoming more of a necessity, both for individuals’ financial stability and for the demands of an evolving American workforce. Yet, the cost of college, sky-high predatory loan rates, and diminishing government appropriations are rendering degree-seekers and -completers deeper in student debt – the impacts of which are profound and include delaying or entirely preventing home-ownership, raising children, and building savings. Positioning growing higher education costs as a barrier to economic success for ordinary Americans, democrats claim that free college offers unbridled access. The problem is that from the very act making college free, another barrier emerges: a surge of applicants to public universities with limited intuitional capacities.

Consider this thought experiment: come November 4, 2020, America comes to its senses and we have a Democratic president, house, and senate, and a bill for free college is easily passed for the 2021-2022 academic year. Generation Z and young-Millennial applicants, having seen the pitfalls experienced by their Generation X and older-Millennial counterparts, are already showing signs of a collective financial prudence. Given the option of leaving college debt-free (or close to it), common sense logic says that the interest in attending two- and four- public institutions in higher education admissions will inevitably grow, as will the applicant pool. With the implantation of various types free college already available in select states, increased enrollment is a well-documented outcome.

Even without free college on the table at the federal level, researchers have found that college cost influences college-going behavior. Specifically, reductions in tuition for low-income students positively impact their college attendance, in particular at four-year institutions. This is especially significant given the stratification of college enrollment across an individual’s family income and socioeconomic status (SES) – for students recently leaving high school and going to college, for example, 78% from the highest income quartile continued to college while only 46 percent from the lowest income quintile did. Although individuals from lower income family are less likely to go to college than their higher income peers, reductions in higher education cost by way of need-based grants have proven successful motivators for college attendance.

While the Warren and Sanders free college proposals apply to all Americans regardless of financial need, it offers the opportunity to attend public college for free. Higher education institutions will remain as the gatekeepers to college and will decide who is actually able to receive the benefit. For open-access, two-year community colleges, this will be a question of capacity: do they have the operational resources, the necessary facilities, and faculty and staff to serve a potentially larger population. At present, community colleges are steeply underfunded; even today, many have experienced the consequences of ever-limited resources being unable to meet increased demand. The American Association of Community Colleges agrees that resourcing and funding is a key challenge for two-year institutions, a challenge that grows as state and local appropriations for community colleges continue to decline.

For selective four-year public colleges, institutional capacity also poses a challenge – and one that will compound into increased competition. When faced with a target class yield (the enrollment goal set by competitive higher education institutions each year), admissions departments at four-year public institutions will focus on what they always have in evaluating applications: academic merit – primarily, high school GPA and standardized test scores in conjunction with a personal statement (which doubles as a writing sample). The problem is that academic merit, as a metric, has been proven to be inherently biased along class and race lines; the higher a student’s SES, the higher their performance. Under the auspices of free college, application numbers will likely increase, with climbing institutional rankings and lower acceptance rates following in close succession. Already, researchers have found that when institutions offer college cost reduction on the condition of academic merit or financial need, applicants who receive merit-based grants displace those individuals who receive need-based grants, and the magnitude of displacement likely increases with institutional selectivity. With the rigor of admissions evaluation criteria thus exacerbated, free college will act as a proxy for merit aid, and is thus well-poised to exclude the very people it aims to support: lower- and middle-class Americans who would be otherwise unable to afford a four-year college education.

For universal free college plans to succeed in democratizing access to higher education, simply covering the costs of tuition and fees to public institutions is not enough. Local, state, and federal governments must increase higher education appropriation funds to enable them to sustain a growing infrastructure. Likewise, public institutions cannot become the only cost-effective option for low-SES and racially minoritized students, who already take on substantially more debt than their higher-SES and White counterparts. The Pell Grant needs to increase to cover the costs of college beyond tuition and fees (e.g. room and board, books and supplies, meals, co-curricular activities, child care) so that private college is a viable option when public institutions reach capacity. Along these lines, it is the federal government’s responsibility to put an end to predatory loan practices and cap interest rates on student debt. Finally, college is just one stop along the education pipeline. Without comprehensive support for K12 public schools, discrepancies in state funding will continue to disadvantage racially minoritized and low-income populations, who will remain underrepresented in higher education regardless of whether they have the option of free college. Free public college has the potential to substantially narrow the education gap in the US, however, without judicious implementation, the federal government risks widening it even more.

Sarah Sidoti is an assistant director of the Humanities and Human Flourishing Project at the University of Pennsylvania.