Throughout their existence, community colleges have been given “snarky” nicknames or been referred to as someone’s “second” or “last choice,” according to Dr. Steve Robinson, president of Owens Community College.

There has also been a presumption that two-year schools offer easier or less demanding courses as well as provide fewer opportunities for student engagement, student life or athletic participation than at four-year institutions. 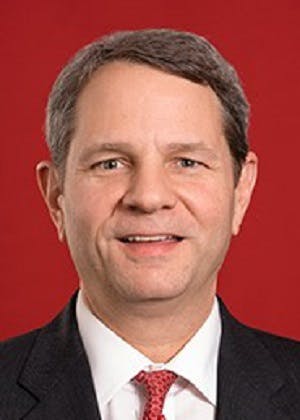 He sought to change those “pejorative” and “outdated” views on community colleges through a social media campaign.

“We think it’s time to give a more accurate view of what community and technical colleges do,” said Robinson.

The campaign, #EndCCStigma, started in February. Since its launch, the initiative has not only become well known in Ohio but also across the United States. Robinson’s followers on Twitter grew from 400 to over 1,300.

“What’s great about the campaign is that it’s pretty easy to show the truth, the reality about their local community college,” said Robinson.

The hashtag has been used predominantly on Twitter by higher education leaders, college presidents, professors and staff members in order to spread awareness.

For example, under the hashtag, Pat Kahle, president of the Union County Chamber, tweeted “community colleges ARE often overlooked in career planning with young people…it’s time to CHANGE that.”

Through the social media campaign, Robinson’s goal was to aggregate and amplify voices. On his personal Twitter account, Robinson looks at news articles about two-year colleges and reposts them using the hashtag. Additionally, the hashtag provides individuals with a platform to express their concerns and spread awareness.

“The only way we are going to change this is to combat it directly and call it out as a stigma,” he said. “We can’t just tell positive stories, we can’t just continue to try to be doing great things. We’ve been around for more than 50 years and we still have this perception so we have to call them out and challenge people on them.”

Alongside the hashtag, a video was created to emphasize the initiative which featured students, faculty and staff from 18 of the 23 community colleges.

“I’m very appreciative of the nature of the initiative underway,” said Dr. Margaretta B. Mathis, senior director of the John E. Roueche Center for Community College Leadership at Kansas State University. “And I think that the more we can do to move away from the thought of stigma to reinforcing that the community colleges are an important and powerful force for preparing our country’s workforce and academic underpinnings, I think can serve us well.”

There are over 1,100 community colleges within the United States, according to the American Association of Community Colleges. 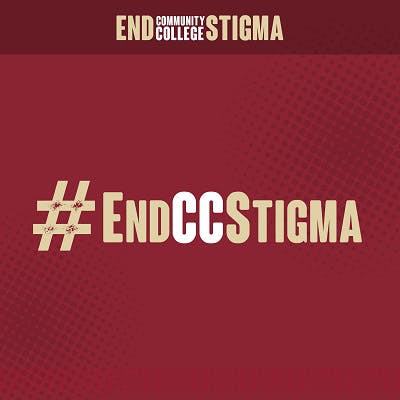 “It’s something this country should be proud of,” said Robinson. “Community college is a uniquely American invention. I’m biased of course because that’s where I’ve spent my life but it’s my favorite idea.”

He also launched a podcast series to discuss the value of community colleges, why the stigmas are outdated and wrong and what can be done to combat them. Originally going to be four 20-minute episodes, the series became six hour-long episodes.

Students, faculty, college presidents and community members from 15 states and 27 organizations discussed their experiences with two-year colleges. The podcasts can be found on sites such as Spotify or Apple Podcasts.

Robinson said that the biggest reason behind the stigma is the lack of awareness.

“Our lawmakers, a lot of opinion leaders didn’t go to two-year colleges, so they don’t know,” he said. “So, I think most of it has been born out of ignorance.”

Additionally, the stigma could also just be an extension of other biases within American culture such as class bias, according to Robinson.

Mathis, who is also a professor of practice in the Department of Educational Leadership at Kansas State University, said the stigma might stem from “self-perceptions” as well as the fact that community colleges are a relatively new concept compared to four-year institutions.

“There’s still the long term state universities and other universities that have been in existence for a longer time than some of our community colleges that are now quite significant, large and quality but some of the universities have been around longer so some of the traditions that go with that persists,” she added.

In the future, Robinson will further expand the campaign with the launch of a second podcast series. This time however, he aims to broaden the audience outside of higher education to parents and prospective students.