College Enrollment is On the Decline

Compared to last fall, postsecondary enrollment has decreased this year by more than 231,000 students, according to new research from the non-profit organization National Student Clearinghouse (NSC) Research Center.

According to the research, for the first time within the decade, the United States’ unduplicated fall enrollments dipped below 18 million students and declined by more than two million students.

Dr. Sally M. Johnstone, president of the National Center for Higher Education Management Systems, said the results were not “unexpected.”

“We are at a point culturally in the United States right now where the value of college is being questioned,” she said. “So, there are fewer people that would be expected to go to a postsecondary education and are doing that. There are also a number of different kinds of alternatives that are evolving.”

In terms of enrollment based on individual states, Florida saw the largest decline with a loss of 52,328 students.

“The states with the biggest decreases, there are things going on in those states that aren’t going to be revealed in data,” said Johnstone.

She gave the example of Alaska facing major budget cuts within their postsecondary institutions at the state level.

In June, lawmakers voted to cut 40% of the University of Alaska’s spending budget. Shortly after, Alaska Governor Mike Dunleavy signed a bill that resulted in $25 million in cuts this year and $70 million in cuts over the next three years.

“I think it resulted in some loss of faith sort of in the university structure,” she said. “I’m not suggesting that it’s not the only thing going on but it exacerbates the decline that we would see anyways.” 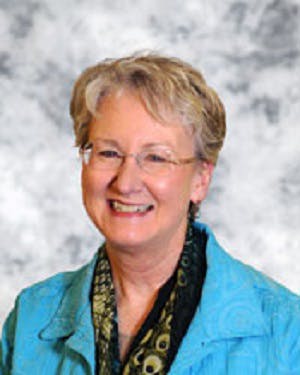 On the other hand, 15 states saw increases in enrollment. Utah had the largest increase with almost 16,800 students or 4.9% since last year.

“There’s a story behind each of the states that are seen as declining or increasing. It’s never as simple as just looking at the data,” said Johnstone.

Over the last four years, the average age of full-time undergraduate students dropped from 22.3 to 21.8 years old.

Public two-year institutions saw a 5.9% increase in dual-enrollment students under the age of 18. These students attend high school while taking community college classes.

Lastly, in terms of gender, there were 159,000 fewer males and nearly 84,000 fewer women were enrolled in postsecondary institutions compared to fall 2018.

Dr. Mikyung Ryu, director of research publications at NSC Research Center, predicted that the decline in enrollment was associated with the economy. She said that in times of a strong job market, college enrollment typically declines.

Additionally, the overall graduation rates of high school students are projected to decline within the next decade. After a few years of some growth, the report projects that from 2027 to 2032 the annual graduation totals will each be smaller by 150,000 to 220,000 people than the ones the nation had in 2013.

Ryu recommended that institutions need to change their “business model” to better serve the students who are already on campus.

Additionally, Johnstone suggested that universities should adapt to the changing demographics by understanding and looking at the student’s needs.

“As an institution, whether that’s a community college or university, they are beginning to act differently and do things differently,” she said. “And I think it’s documented in things like the rise of competency-based programs. It’s a way where adult students can participate in learning environments that meet the needs of adult students.”