A new study funded by the American Educational Research Association (AERA) found a correlation between public community college promise programs and an increase in enrollment among female and underrepresented students.

The research study, “Promise for Whom? ‘Free-College’ Programs and Enrollments by Race and Gender Classifications at Public, 2-Year Colleges,” analyzed the impact of 33 promise programs at 32 community colleges during the academic years of 2000-2001 and 2014-2015. The findings were published in the Educational Evaluation and Policy Analysis Journal.

There was a 23% increase in enrollment at community colleges with promise programs compared to those without, according to the study.

“The budget pressures facing states are very real, as is the developing crisis in college enrollment among the country’s least advantaged students,” said Dr. Amy Li, co-author of the report and an assistant professor of educational policy studies at Florida International University. “Given such encouraging evidence of the effectiveness of community college promise programs on initial college enrollment, working to protect them should be among the top priorities of policymakers.”

Broken down by demographics, community colleges with promise programs saw enrollment increase by 47% of Black males, 51% of Black females, 40% of Hispanic males and 52% of Hispanic females, the report found.

The increase in enrollment “confirmed the idea that free college is more than just making college more affordable,” said Dr. Denisa Gándara, co-author of the report and an assistant professor in the Department of Educational Policy and Leadership at Southern Methodist University. “Because when we look at other studies that look at tuition price reductions and the effects of reducing tuition, we do not see nearly the size of the effects that we see with promise programs.” 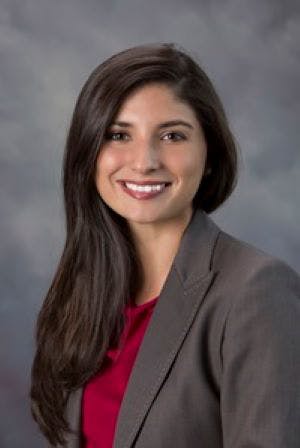 On the other hand, there was no enrollment growth among Asian, Native Hawaiian and Pacific Islander (API) students.

The rise in enrollment could stem from the promise program’s perceptions of affordability as well as its message that “college is for all.” In school, teachers or counselors often “lower educational expectations” for students of color, leading them to believe that they are “not college material,” according to Gándara.

“With free college programs, there is often a lot of marketing and messaging associated with them that really conveys the message that college is for everyone,” she said. “We think that can be especially impactful for students for whom college has not been an expectation and that includes racially minoritized students.”

The research broke down the promise programs’ effects on enrollment based on whether the programs were merit-based or need-based.

Those programs with merit-based qualifications had a higher enrollment of White students and API females. On the other hand, need-based programs had small enrollment increases among all demographic groups except for Black males, according to the report.

She emphasized that the “last dollar” promise programs have drawn recent concerns from experts due to its negative impact on low-income or underrepresented students.

“What we were most interested in was this question of who benefits from promise programs, largely because of that discussion about whether promise programs should be first dollar or last dollar,” Gándara said. “The idea that with last dollar programs, students who are higher income and White students tend to benefit the most in terms of the money they get from the program.”

For “first dollar” programs, enrollment increased only among White students. For programs that financed full tuition compared to partial coverage, there was a rise in API student enrollment, according to the study.

In terms of next steps, Gándara said that future research should look at the effects of promise programs on four-year institutions as well as if it impacts student completion rates.

“There are still large gaps in who goes to college based on race and ethnicity and also gender,” she added. “I think our results are really encouraging on that front in their potential to close gaps in college enrollment.”