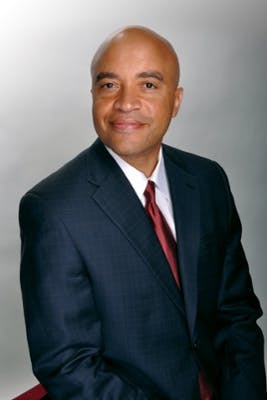 Since Dr. Gregory Williams began his tenure as OC's president in January 2007, he began exploring new ways to target not only traditional students, just out of high school, but bring in new, non-traditional students and keep them enrolled.

The college changed their courses to operate on an eight-week schedule, and they created technical baccalaureate degree programs. They began training faculty to become more involved in the student’s whole experience. Starting in 2013, any first-time student could enroll in their first class entirely for free.

The college also built creative partnerships and invested financial resources in infrastructure. Some of OC's community partners include a local car dealership and The University of Texas: Permian Basin (UTPB). Together, they're working to create a student success initiative called “Drive to Success,” a system of points rewarded to students for participating in activities that benefit their educational experience. Those points translate into entries to win a brand-new Ford Mustang given away to a student once a year.

“We partner with everyone,” said Williams, in an effort to keep the region working toward the same goal: education. UTPB is right next door and many of their students get their start at OC.

Almost fifteen years after Williams took the helm, OC is well on its way to meeting its institutional goal: to serve over 10,000 students per fall semester. Once they reach that landmark, said Williams, they’ll be on track to making real change throughout the community.

“Back in my day, we’d teach our students that if you are in a course that concerns you or brings you trouble, you should drop that course,” said Williams. “I don’t like that for community college. Many of our students show up with baggage, have failed before, and many are looking for a reason to leave. Dropping leads them to believe college is not for them.”

OC's faculty are required to go through what's called the Drop-Rate Improvement Program, where they learn how to better connect with students and keep them in class. Williams wants faculty to encourage student to finish what they start, to help them develop an educational muscle memory and get stronger course by course.

“When a student starts a course [at OC], 96 to 97% of students complete that course,” said Williams.

The results have been impressive, said Dr. Arthur Rankin, a professor of English and composition at OC since 2014, who added that his students keep in touch with him long after they leave his classroom.

"The Drop-Rate Improvement Program creates the strong connection. [Students] have an advocate, someone to look out for them," said Rankin. "When I was in school in those big stadium classes, my professor never knew who I was. Learning students’ names, their stories, intervening and helping them creates a relationship."

That culture of care doesn't just extend from faculty to students, it's everywhere across the campus. Departments are not siloed but collaborate around activities. Rankin, who lived in Louisiana for many years, told the student activity committee in passing one day that he missed Mardi Gras festivities. Later that year, the students pulled together a Mardi Gras celebration, complete with a parade, a band, beads, and a gumbo cookoff. They now celebrate Mardi Gras every year. 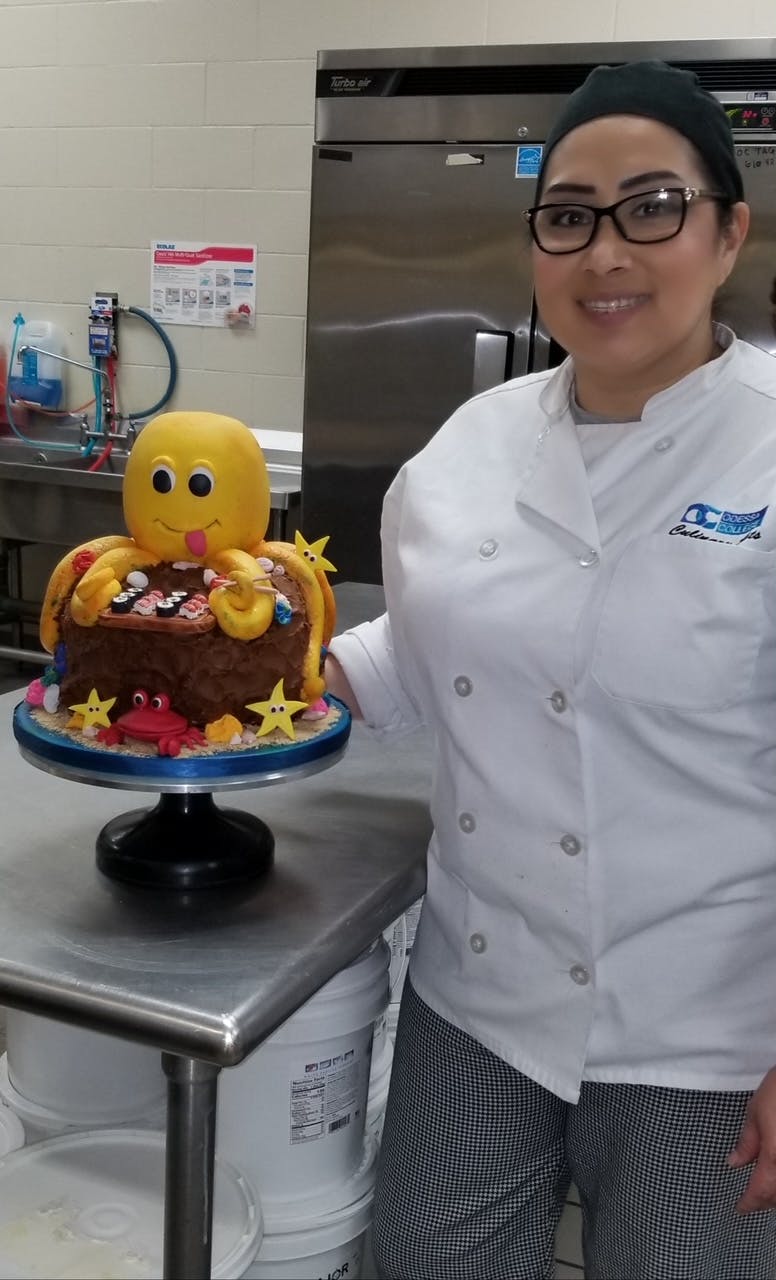 Stephanie Franco, standing next to her final project at Odessa College's Baking Level I CertificateThe environment and energy of OC left such a positive impact on Stephanie Franco that she returned there over 20 years after stopping out to take care of her four children. In her time away from school, she fell in love with baking and decided to enroll in OC's culinary arts and food service program. She earned her baking certificate in May 2021. Being at OC reignited her thirst for learning, so she reenrolled at the college this fall to finish her associate degree and plans to earn her bachelor's degree in business entrepreneurship. Her goal is to open a bakery someday.

"OC always wants to improve and create resources for the community to access," said Franco. who was selected to become a Positively OC Scholar, a group of students who help spread the word about the opportunities available at the school.

"We come from an area where a lot of people work as laborers, and it’s the easy route to go. It’s an honest route," said Franco. "But some people don’t realize that the resources are out there for you if you want to better yourself and go into a different field."

OC, just 20 miles from Midland, Texas, does not have a reputation of being an educational haven.

“We’re competing with oil industry. A person can drive a truck in our area and make $100,000 each year. They pay wonderfully when things are going well,” said Williams. “The history has been that education hasn’t been as high a priority. So, we have to help to overcome that.”

The average age of an OC student is 28. To make semesters more accommodating to the varied needs of different life stages, OC splits their semesters from 16-weeks down to two eight-week terms, meaning a student can accomplish twice the work in half the time, putting them on a solid track to completion.

“Eight-week courses allows students to focus on fewer things at one time. It allows our part-time students to take more than one course per semester and decreases time to degree,” said Kimberly McKay, vice president for student services at OC. She credits much of their enrollment success to this strategy, calling it a “game-changer.”

In a place that bridges the divide between rural and urban, eight-week terms offer flexibility in scheduling that works with seasonal needs for agriculture or retail. No matter when a student walks through the registration door, their first class will never be more than eight weeks away.

“Whereas, in traditional model, you’ll have to come back when registration opens. In reality, that student may never come back," said McKay. "[The eight-week term] gives us a chance to remove the barriers and immediately connect students with higher education, not wait for cyclical cycles.”

She said that eight-week courses require the same expected classroom time, so shrinking the term should not leave a student overworked or overburdened

“If math is your weakness, you can take college algebra by itself in the first term,” said Williams. “You took one course in the first term and in the second you take three courses. You’re still a full-time student, just mixing and matching, creating a menu that fits your life.”

The majority of eight-week classes are hybrid, meaning in-class time is complimented by extra, often online, lectures or projects. This virtual component gave OC a bit of a leg up when the pandemic hit. When time came to fully transition away from in-person courses, the majority of students and faculty were prepared.

“We were extremely accessible, to our students, each other, and to our business and energy partners,” said McKay. “Even though summer 2020, fall 2020, and spring 2021 were remote instruction for students, we were still here, accessible for learning support, financial aid, registration, advisory committees, for our board.”

OC, while pursuing the non-traditional student, has also opened its doors even wider for those joining just after or during high school. The college works with OC and Midland’s independent school districts to embed dual-credit learning opportunities for high school students, to work with middle schools and elementary schools to build a familiarity with OC. Two early college high schools, both located on OC’s campus, serve about 900 students for free in academic and technical fields.

Over the last ten years, OC has also invested $90 million in campus improvements to modernize their classrooms. A new health sciences building is underway as OC plans to build out its technical baccalaureate program in nursing to address the shortage in OC.

Williams is himself a 1983 graduate of OC. Having the chance to return to the place where he got his start, has been a dream come true.

“Odessa College was my launching pad,” said Williams. “I’m trying to make us the best community college in the nation. Everything we do is wrapped around that. I want to help change the world with Odessa College.”