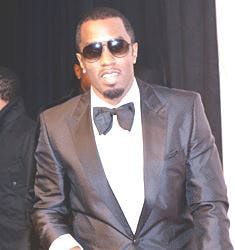 Media mogul Sean “P. Diddy” Combs will receive an honorary degree and deliver the commencement address at Howard University, where he dropped out in 1990.

As the season for college commencements draws nearer, many eyes will be focused on Howard University, where media mogul Sean “P. Diddy” Combs has been tapped to deliver the commencement speech and receive an honorary doctorate in Humanities.

While the debate rages on over whether Combs — who dropped out of Howard in 1990 — is the ideal person to deliver the 146th commencement address to the school’s graduating students on May 10, Dr. Wayne A.I. Frederick, the school’s interim president, defended the selection in an interview with Diverse.

“The chief criteria [to] look for is someone who can deliver an inspirational charge to our graduates, someone who has been through a life experience or a life journey that would provide them with a message that they can impart to our graduates who are going out into the world,” said Frederick. “And someone who, through their accomplishments, can bring a certain stature to the ceremony.”

According to Kerry-Ann Hamilton, a spokeswoman for the university, Frederick recommended Combs to the university’s 32-person Board of Trustees who are charged with the task of vetting and approving all commencement speakers and honorees.

“In selecting the individuals who will be awarded honorary degrees, Howard University continues the tradition of identifying leaders whose work has clearly contributed to the advancement of their fields and the world,” said Frederick. “We are honored to have Mr. Combs serve as our speaker. He sat in classrooms where our students sit, walked ‘The Yard,’ and like many students, his entrepreneurial spirit was sparked at Howard. We know he will inspire our class to work hard and to always strive for excellence.

In recent days, Combs has reached out to Howard students by Instagram asking for suggestions on what he should speak about on commencement day. “I am up late night working on the most important speech of my life!!!,” he wrote on the social media website last week. “I am so humbled to be honored by my Howard family to receive an honorary doctorate and be able to come back home to deliver the keynote at commencement! Become apart of it ― Give me some advice on my speech!!”

Civil rights leader and MSNBC host Rev. Al Sharpton said that Combs contacted him recently for pointers and advice on how to deliver a moving speech. Sharpton said that he encouraged him to make “a redeeming speech” where he expresses “regret about dropping out of college.”

For Sharpton, who also dropped out of Brooklyn College but was awarded an honorary degree from Bethune-Cookman University in 2011, the power of Combs appearance at Howard will rest on “what he says.”

According to a source, Combs has also agreed to make a financial donation to Howard, though it’s unclear how big of a gift he has agreed to give. Hamilton, however, declined to comment when asked whether a financial gift was in the works.