Dr. Irving Pressley McPhail is smiling down from heaven.

But he was also a genuinely nice guy, mentoring legions of graduate students and young scholars of color, looking to move into the leadership ranks of higher education. His sudden and untimely death from COVID-19 in October—three months after he took the helm of Saint Augustine’s University—shook the academic world.

Many months before his death, “Mac”—as he was affectionately called—sent me a copy of his latest book Success Factors for Minorities in Engineering, followed by a long voicemail where he was eager to share his findings. That’s just the kind of thought-leader he was. 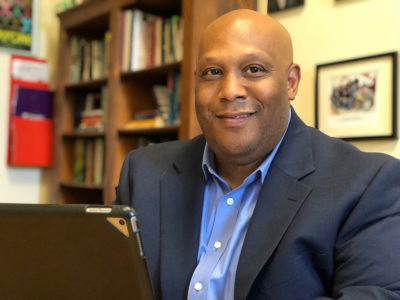 So, it didn’t surprise me to learn last year that Mac had been tapped to lead the small historically Black university in Raleigh founded in 1867. He loved higher education. He loved Black people, and he loved empowering others to achieve and welcomed the opportunity to help transform minds.

This week, St. Augustine’s University made an announcement that would have pleased Mac, a Harlem native who earned his doctorate from the University of Pennsylvania. They tapped his widow—Dr. Christine Johnson McPhail—to be the school’s 13th president.

Long before the two met at an American Association of Community College (AACC) convening and hit it off, Dr. Christine Johnson McPhail already had established bona fides in higher education. She was the first woman and the first African American president of Cypress College, located in southern California. Later, she would follow Mac to the East coast after he became the chancellor of the Community College of Baltimore County.  She would go on to become the founding director of the Community College Leadership Doctoral Program at Morgan State University. It was there that she would help to train hundreds of practitioners so that they could go on to advance in leadership roles at their respective institutions. Thanks to Dr. Christine Johnson McPhail’s leadership, the doctoral program at Morgan has graduated more than 91 percent of its students—75 percent of whom are African Americans.

Her decision to leave the presidency at Cypress College to be with closer to Mac in Baltimore was a no-brainer.

The two were a powerful couple, deeply committed to social justice in higher education. They collaborated on various initiatives like the Detroit Urban Summit, an annual national summit convened by Dr. Curtis Ivery—the chancellor of the Wayne County Community College District—that brings leading scholars and thought leaders together to focus on issues that disproportionately affect urban America and related U.S. politics and policy around education.

Equity and racial justice were guiding principles for the couple who established an educational consulting firm together.

The daughter of Otis and Mary Johnson, Dr. Christine Johnson McPhail learned the importance of hard work, discipline, reading, and mathematics as a young girl growing up in the rural East Texas town of Tyler.

Now, Dr. Christine Johnson McPhail is set to lead Saint Augustine’s forward. And the college community—students, faculty and staff—will be all the more enriched by her bold and visionary leadership.

“I am both humbled and honored to have been selected by the Saint Augustine’s University Board of Trustees to serve as its next president,” she said. “I am committed to the success of this University and each of its students. I also feel a responsibility to care on my late husband’s work to establish the University as a 21st Century, learning-centered institution while at the same time leaning on several decades of experience in higher education leadership and strong partnerships with the SAU community to move us forward.”