‘Shelter in a Time of Storm’ Details History of Leadership, Activism at Black Colleges

Jelani M. Favors’ new book, Shelter in a Time of Storm: How Black Colleges Fostered Generations of Leadership and Activism, weaves together the narratives of seven Black institutions into a formidable narrative of the subversive, activist, and liberative underpinnings of historically Black colleges and universities (HBCUs). 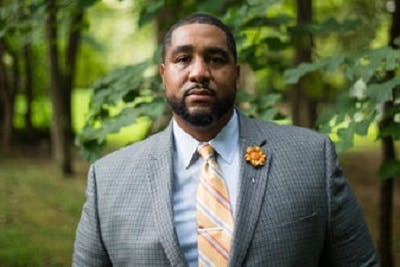 Although 368 pages long, Favors’ erudite storytelling masterfully draws the reader into the realities of these institutions. Rather than writing an extended history of Black higher education, Favors provides windows into particularly salient times in the formation or reaffirmation of these seven institutions. Favors also does not focus on widely notable figures (e.g. W.E.B. DuBois, Booker T. Washington, Ida B. Wells, Stokely Carmichael), instead he places the narratives of intuitional and student activism within the broader movements of the eras in which they were operating. As a result, the stories of previously unsung students, professors, and administrators come to the fore in a powerful reminder of the expansive Black justice efforts.

While loosely chronological, starting from the establishment of the Institute for Colored Youth (now Cheyney University) in 1837 to an epilogue about the status of HBCUs, Shelter in a Time of Storm’s contribution is its ability to distill numerous historical accounts into three important cogent themes in the narrative of Black higher education in the U.S. — communitas, the second curriculum, and institutional leadership.

Throughout the book, Favors refers to the experience at these HBCUs as one of communitas. The explicit use of communitas over community should not overlooked. Community denotes a group of people who are simply within a social group. It is not necessary that a community have any innate purpose. However, communitas refers to a people who are living in liminality together and therefore are navigating through a struggle that defines who they are as a people. Favors argues that this collective activeness toward justice is what defined Black higher education in the U.S. 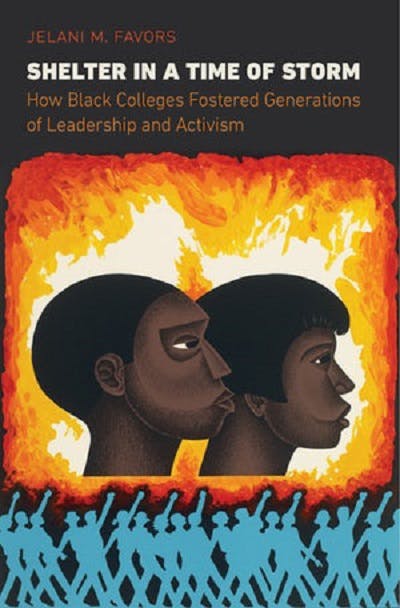 For example, at North Carolina A&T during the 1960s to 1970s, students were actively engaged in Black justice efforts. While they learned from a pro-Black curriculum in the classroom, students were also participating in pro-Black rallies, protest, and national organizations alongside their professors and Black freedom movement leaders. The experience of being a student transcended the classroom and campus.

Favors speaks to the curriculum that students were exposed to in the classroom and brings to the fore a legacy of the black professoriate and scholarship that is often forgotten. In addition, Favors makes clear that there was something about the milieu of these HCBUs that was more formative than the content of the courses alone — a second curriculum. Students developed Black consciousness within these institutions. Conversations amongst student leaders, in the student publications, and campus events were about their Blackness. This milieu then taught them pride and functioned as a counternarrative for the broader societal hatred and fear of Blackness and Black people.

An illuminating element of Favors’ research is his robust depiction of college and university presidents. Favors celebrates the intensity and fervor of leaders like Dr. David Dallas Jones, the former president of Bennett College, who intentionally galvanized the all-female study body toward radical activism and exposed students to leading Black intellectuals and activists. Active and shrewd leaders like Jones functioned as exemplars and inspiration for young Black students.

However, Favors notes that not all presidents lead with intrepidness. Dr. Felton Clark, formerly president at Southern University in Louisiana, essentially abdicated his responsibilities to communitas and the second curriculum by expelling student activists, eliminating avenues of students’ voice such as the newspaper, and stifling the influence of activist faculty members. Favors does not exonerate Clark’s actions, but highlights the despotic White supremacy in which he had to function. Favors understands that presidents like Clark were negotiating the risk of the expungement of their institution by White state legislatures that would defund them. Moreover, presidents also were conscious to the risk of their bodies and the bodies of their students becoming strange fruit on southern trees.

It is not only the civil rights movement that is indebted to Black higher education, for more than 150 years Black institutions of higher education have been animating Black leadership to seek justice amid White supremacy. Shelter in a Time of Storm functions as an historical anthropology that makes manifest this reality. Favors is not simply telling the reader what happened in these Black institutions, rather, he uses history to help the reader to understand the culture(s) at the core of these unapologetically Black colleges and universities.

In the current era of the criminalization of the Black body, commodification of Black culture(s) and persistent economic and social inequity for Black people in the U.S., Shelter in a Time of Storm renews an educational approach to Black liberation that should be seriously considered by those committed to racial justice.