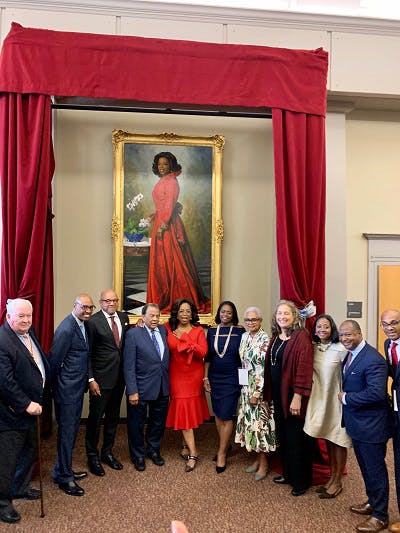 Winfrey was on campus at the time, celebrating the scholarship fund’s 30th anniversary. In total, Winfrey has donated $25 million, the largest endowment the college has ever received. She originally invested $12 million to establish her scholarship program in 1989 with a number of notable graduates, including Randall Woodfin, the youngest mayor of Birmingham, Alabama.

During her Monday visit, Winfrey met with 47 participants in her scholarship program and attended a luncheon with the board of trustees, faculty and staff. The college put up an oil painting in her honor.

Winfrey described Morehouse College as a school with a “moral core.”

“I understand that African-American men are an endangered species,” she said. “They are so misunderstood. They are so marginalized. Where and when I can lend support to try to change that image, I do.”