Que the instrumental to recording artist Drake’s “God’s Plan”. God’s plan is how California native Ayeisha Gipson describes her journey to Grambling State University, a historically Black university (HBCU) in northern Louisiana. Along with God, she credits her mentors and alumni from HBCUs for showing her a different perspective in education. This is her story.

As a transfer student, admittedly Grambling was not Ayeisha’s first choice. Though in her words “Grambling was the best choice I made for my life.” Starting out at a community college in San Diego, California, Ayeisha assumed her educational path would end with a career in the United States armed services.  She said “[San Diego] is a big military city, so it felt safe to go to a community college, get married and have a life in the service.” However, after some time at the local community college, not feeling connected to the school, coupled with personal life challenges, Ayeisha would eventually drop out. At her core, she knew that she wanted to finish her degree and would eventually need to go back to school but the timing was not good.  In the interim, she decided to try out the workforce and volunteer at the San Diego County Urban League. 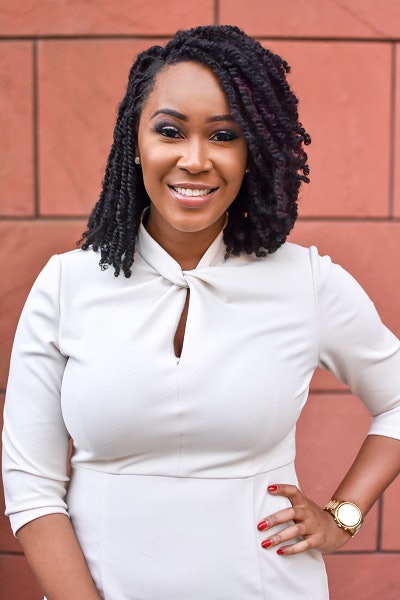 At the Urban League is where Ayeisha says that God’s plan started to become clearer to her.

“As a volunteer I was able to interact with lots of educated and professional men and women, at lot of which were HBCU grads from Howard, Xavier [ of New Orleans], and Hampton and they were also in [Black Greek Lettered] sororities and fraternities, and they became my mentors who kind of gave me that extra push,” she recalled. “They would say things like ─ you’re too intelligent not to be in school, it’s not too late to go back, how can we help you.”

“When I saw the acceptance letter from Grambling, I said to myself – ‘What is Grambling? I didn’t know anything about this school other than it was an HBCU,’” she said. Still undecided, Ayeisha turned back to her mentors for additional insights on each school that she was accepted into. Living on the West Coast, she did not have many opportunities to visit HBCUs, as the majority of HBCUs are in the South. Although, Ayeisha shared that she had a great experience when she visited the Atlanta University Center (AUC), which consists of HBCUs Clark Atlanta University, Morehouse College, and Spelman College. So she relied on the lived experiences of her mentors, community members and HBCU alumni to help her make her final decision.

“When it was time to make the final decision it was hard, I got into a lot of schools. But Grambling stood out. I was shocked that how many people from San Diego went to Grambling,” she said. “So many people – my teachers, former educators, people who helped me or supported me before they even knew I was even considering Grambling.  Like this one time in the grocery store where I worked part-time, I was talking to my co-worker about the possibility of going to Grambling in the fall and a customer overheard us. She said – ‘hey my niece goes to Grambling, take her number, give her a call and she will look out for you.’  At that very moment, I knew it was meant for me to be at Grambling.” Without ever stepping foot on campus, Ayeisha was moved by the support she was shown, and the experiences of her “GramFam” in San Diego to solidify her choice. 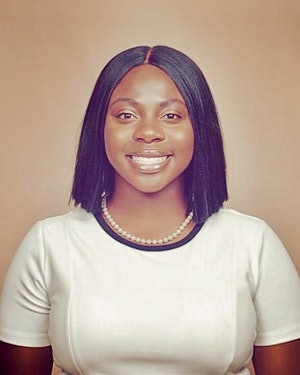 Currently, Ayeisha is a rising senior holding a 3.81 GPA and several student leadership positions at Grambling including contributing writer for the Gramblinite, and a member of the school’s NAACP chapter, and History Club. Ayeisha is proud of her choice to attend Grambling.

“Grambling was absolutely the best choice I could have made for my life, I love it here. The people, the staff, and the teachers – everyone is so supportive, down to the maintenance workers.  I remember one time, I was kind of down, and not doing well and my advisor noticed and pulled me to the side and said “I don’t want you to fail, what can I do.” That was meaningful to me because it was a genuine concern, you don’t get that everywhere,” she recalled.

Ayeisha’s experience is not quite unique. Many young college-going students are exploring viable options for postsecondary education and many have chosen HBCUs not only because of the homecomings and the bands, but because of the legacy, the culture, and the family-like environment. Grambling is not the only HBCU that meets students where they are; HBCUs across the nation are constantly evolving to meet the needs of their students in a way that other institutions are lacking. Ayeisha’s story is just one story out of many. Like Ayeisha, attending an HBCU may be a leap of faith or just a predestined place in God’s plan, but there is an HBCU out there for every Black student who seeks postsecondary advancement.

Dr. Janelle L. Williams is an associate dean at Widener University and a visiting scholar at the Center for Minority Serving Institutions at Rutgers University, New Brunswick. You can follow her on Twitter @SincerelyDrJae

This interview was done as a part of a larger national study on HBCU enrollment with Dr. Robert T. Palmer of Howard University. This is the first in a series of articles written by Williams and Palmer.