In June, Dr. James A. Anderson stepped down from his post as chancellor of Fayetteville State University a­fter 11 years at the helm. Seemingly, by every measurable metric, from enrollment, to graduation rates to financial stability and campus expansion, Fayetteville State thrived under Anderson’s leadership, innovative approach and vision, according to many on and off the campus who are familiar with his leadership.

At a time when many HBCUs experienced painfully high turnover in leadership and weathered financial and accreditation crises, Anderson’s efforts to stabilize Fayetteville State didn’t go unnoticed. Looking back, Anderson admits those were tough times. But he was up to the challenge. 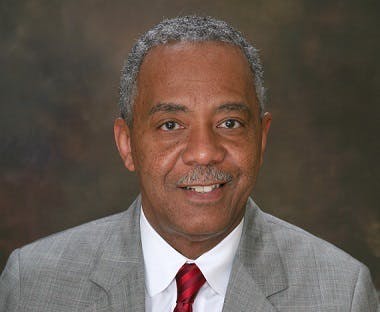 In 2008, when he began as chancellor, one of Anderson’s first aims was the university’s nursing program. It was in need of resuscitating, not closure, he says. The North Carolina Board of Nursing “was getting ready to close it down, and that was partly because … the students weren’t passing the state nursing exam, and other things,” Anderson recalls. “So, I went out and found a new chair. I let the chair hire new faculty. … And now it’s just an outstanding success.”

According to NurseJournal.org, the university’s nursing program is ranked #2 among the best nursing programs in the Eastern Region, which includes half the country from Maine to Texas. That national ranking and the program’s remarkable transformation are things Anderson said still make him proud.

The university’s fiscal health was another critical matter that awaited Anderson when he arrived at Fayetteville State. Missing, he says was “a business model,” something that Anderson said no institution should operate without. “A good business model is going to always link the priorities that the university says it has, which usually come from a strategic plan.”

“And so the priorities are then linked to planning a very formal planning model, and then that in turn drives what you’re going to invest in, your budget.”

Anderson, who taught psychology courses at Fayetteville State while serving as chancellor, made faculty and their advancement a major focus. Demonstrating a willingness to invest in faculty was a way to also elevate faculty morale, says Anderson, who earned his doctorate in psychology from Cornell University. He began his academic career at Xavier University of New Orleans as a professor of psychology. In 1992, Anderson became vice provost for undergraduate affairs at North Carolina State University. And in 2003, he moved on to Texas A&M University where he was vice president and associate provost for institutional assessment and diversity. Prior to coming to Fayetteville State, Anderson was vice provost and vice president at the University at Albany-State University of New York.

Anderson says he set aside $400,000 for faculty at Fayetteville State, money that he says was an investment in their research and ability “to become better teachers.” He made the distribution of those faculty funds, however, a competitive process that included proposals and committee review. Anderson also made it clear to faculty that that money “was not for your personal growth. It’s not for you to expand your resume; it’s not for you to go to conferences; it’s for you to do things that will benefit your department and the university.”

During budget cuts, Anderson demonstrated his commitment to faculty and their growth by sparing those funds from the chopping block. That pot of money, he says, “didn’t get touched or reduced” in the process.

The importance of partnerships

This partnership Anderson forged with the military had other tangible results. One was the Center for Defense and Homeland Security that Anderson created. According to Anderson, Fayetteville State is “the only HBCU and only higher education institution in North Carolina that has a freestanding Center for Defense and Homeland Security.” Anderson says a focus for the center is cybersecurity and emergency management.

Perspectives on HBCUs and leadership

Anderson’s successes in higher education leadership stand out. He shares some of his lessons learned, best practices and reflections here:

Citing Fayetteville State’s partnerships with the military and the Center for Defense and Homeland Security, Anderson considers those activities to be “a transformational effort.”

“First of all, a leader can only be as good as his or her team. So, it was imperative that I developed a solid cabinet, a solid team to advise me.”

A mistake that HBCUs make is in allowing the president to be the titular head of the institution and looking to that individual “to not only solve every problem or address every problem” but also “have all of the answers. I don’t have all the answers. … I need to really have people around me to give me good feedback, good direction on what I should do.” A leader “is only as good as his team or her team.” 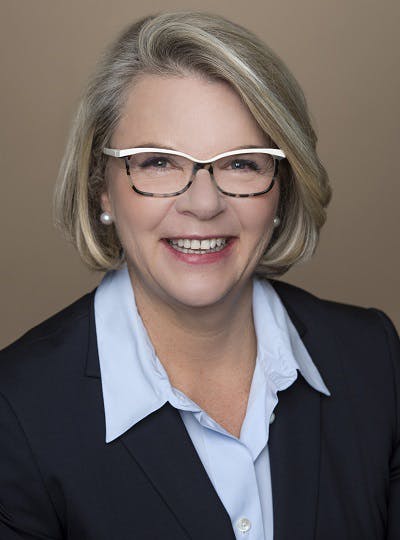 Margaret Spellings, who served as president of the University of North Carolina System when Anderson was chancellor, applauds Anderson’s leadership. Spellings served as U.S. secretary of education under former President George W. Bush and she currently serves as president and CEO of Texas 2036, a non-partisan think tank.

Anderson has “been a terrific leader with many decades of service in lots of different settings,” Spellings says. “He is a passionate educator who cares a lot about opportunity for all kinds of people but especially those who have come from more difficult backgrounds, like his own,” a reference to the scholar’s early years, growing up an orphan in Washington, D.C. under difficult circumstances.

“Justice and equity, right and wrong, are really absolutely at the heart of who James Anderson is,” says Spellings. “He operates from that in everything he does …. He’s made amazing contributions during his many decades of public service and we all owe him a debt of gratitude,” she adds.

During Anderson’s tenure, Fayetteville, N.C. Mayor Mitch Colvin, a Fayetteville State alum, was another supporter who shared those accolades.

Colvin says Anderson “exemplified bold leadership and stepped outside of a lot of people’s comfort zones and pushed the envelope in a positive way by making the status quo unacceptable. I think that the university is primed for greatness because of Mr. Anderson.”

“Dr. James Anderson has been hugely successful at Fayetteville State,” says Ross who pointed to the former chancellor’s ability to bring “a very steady hand to the institution,” which included growing and diversifying the university’s student population. As a result, Ross added, Fayetteville State “is now one of the most diverse campuses in the UNC system.”

Ross says Anderson’s ability to fundraise was also a boon for Fayetteville State, as was his focus on “raising awareness about the institution and the quality of the institution.”

Beyond that, Ross says Anderson “has great integrity and I think always has the students in the front of his mind and the top of his heart.” Anderson’s departure, Ross adds, is not only a “a big loss” for the university, but “for other chancellors … he was a leader among the chancellors.”