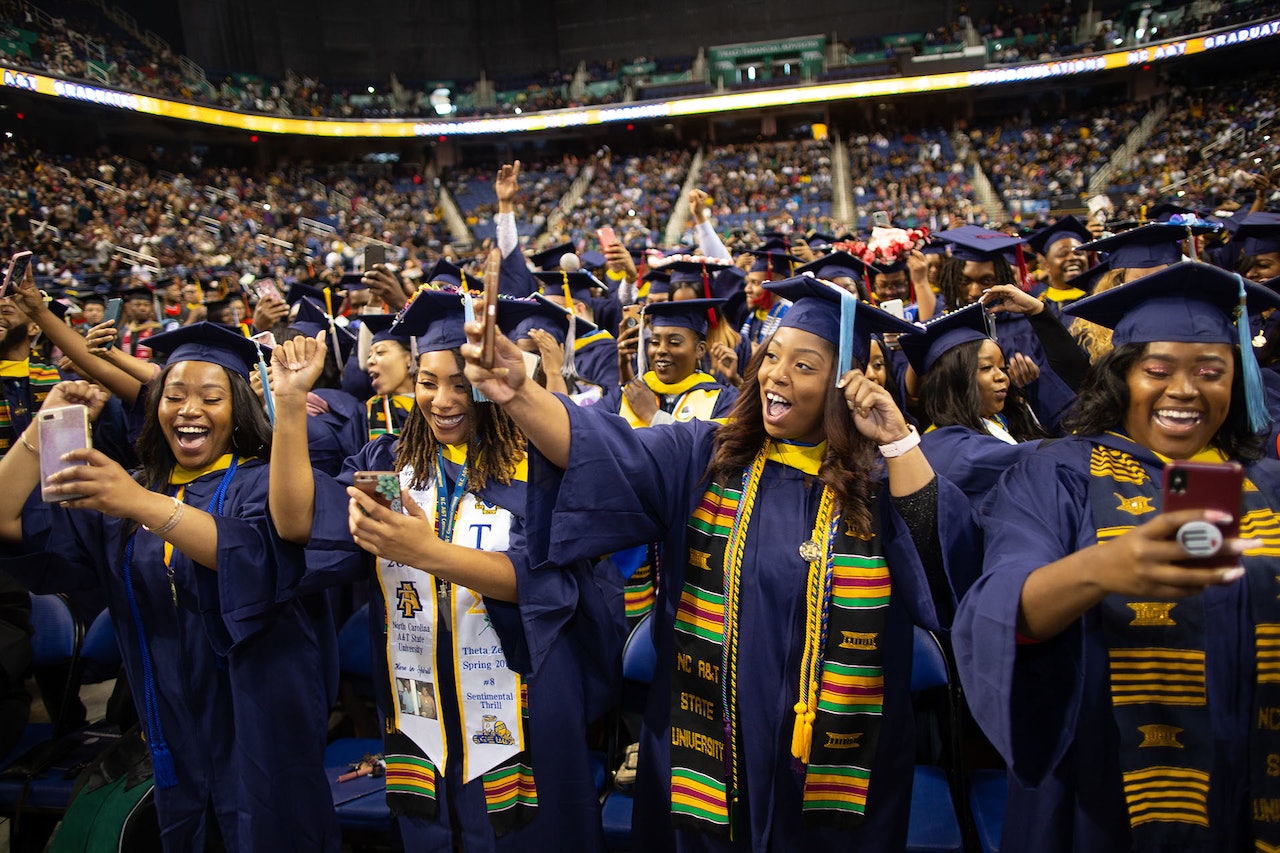 North Carolina Agricultural and Technical State University (NCAT) graduates at commencementOn December 15, 2020, a fleet of historically Black colleges and universities (HBCUs) announced they had each received a multi-million dollar gift with no strings attached. For many schools, that was the largest one-time gift that they had ever received.

“We were certainly astounded when we got word,” said Kenneth Sigmon, Jr., vice chancellor for university advancement at North Carolina Agricultural and Technical State University (NCAT), which received $45 million in September 2020 before the news went public in December that year. “And we didn’t know at first who the gift was coming from.”

The donor was billionaire philanthropist and novelist MacKenzie Scott. That day in December, she announced 384 organizations had received more than $4.158 billion in total donations from her. Several HBCUs were included. A year later, three of those HBCUs that received some of the largest of Scott’s 2020 gifts share how they have used the funds so far—and what they hope to do next. 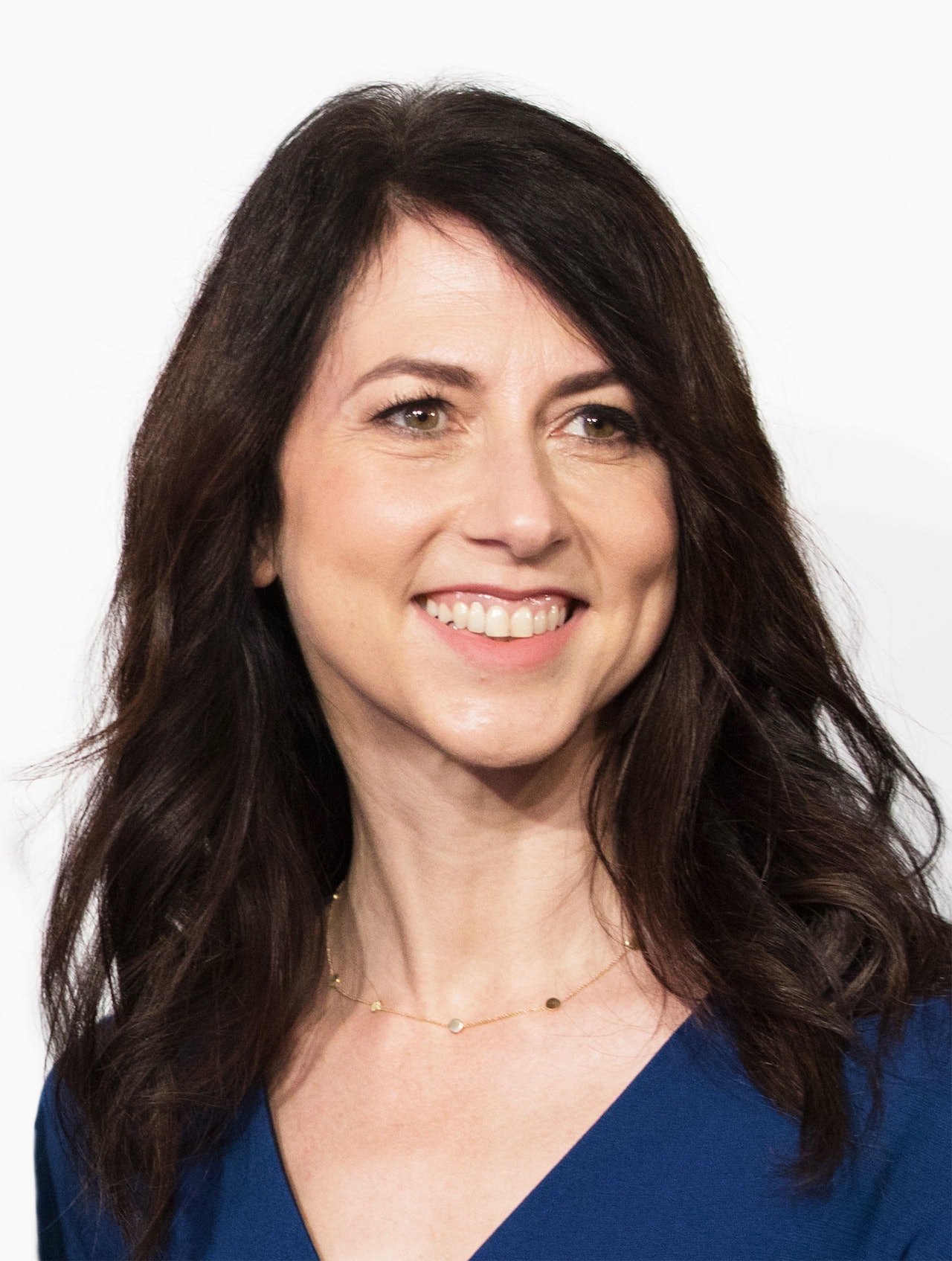 MacKenzie Scott“It couldn’t have come at a better time for us,” said Sigmon of Scott’s gift to NCAT. “This was a tremendous icing on the cake.”

NCAT was just finishing a multi-year campaign and had already exceeded its goal of $85 million when Scott’s gift came through.

“We ended up closing our campaign at $180 million because of her gift,” said Sigmon. “For us as a public institution, that allows us to do things we couldn’t otherwise do because of restrictions on the state dollars we get.”

The university, which enrolls more than 13,000 students, aimed to grow its endowment. When NCAT launched the quiet phase of its campaign during fiscal year 2012, its endowment totaled $28 million. That number is much lower than many “household names” of universities that teach a similar number of students, Sigmon said.

Yale University enrolled about 12,000 students in Fall 2020, for instance, and had a $31.2 billion endowment in 2020. Then in fiscal year 2021, Yale’s endowment soared to $42.3 billion with a 40.2% return rate. NCAT’s endowment in fiscal year 2021 reached $157.5 million, up $83.7 million from the prior year. Such numbers highlight the resource inequalities in higher education that Scott’s gift worked to combat.

“We were also delighted with the gift because I hope from her perspective that in getting her attention initially, that meant that we were doing the right thing,” said Sigmon. “That way she had faith in us to not dictate the ways the funds should be used.”

Like most HBCUs, NCAT educates many students of color from low-income backgrounds. The university is an engine of social mobility for these students, their families, and the community around NCAT. Part of Scott’s gift has already been used to create new scholarships as well as support existing ones this past year.

Because Scott gave millions all at once rather than in parts over time, NCAT has more power to divide the money between current use needs and endowed funds. Some funds went toward staff and faculty professional development as well, including to advancement offices that can strengthen donor relations.

Yet Sigmon noted NCAT still ranks as a R2 doctoral university in the Carnegie Commission on Higher Education’s classification system. No HBCU has yet been ranked an R1 institution, the highest rung for research output. Thanks to Scott’s donation, NCAT hopes to reach that R1 status soon.

Norfolk State University (NSU) received $40 million last year from Scott, which was the largest single-donor gift NSU had ever received in its 85-year history.

“To get a $40 million unrestricted gift for an institution of our size is really unheard of,” said Clifford Porter, vice president for university advancement at NSU. “It has given us latitude to apply those gifts in the areas of greatest need.”

And that donation created a ripple effect.

“Scott’s gift almost doubled our endowment, and since her gift, we’ve seen an increase in major gifts of over $50,000,” said Porter. “When you receive a transformational gift like that, it really is a seal of approval for the institution and leadership. It says to people that you’re doing the right thing at the right time. For us, it has really given a green light to other donors.”

Corporations, individuals, and foundations have reached out to NSU and become new donors since Scott’s donation. Some of NSU’s existing donors also increased giving, Porter added. In 2020, excluding Scott’s gift, NSU received gifts of over $50,000 that totaled $1.2 million. Then in 2021, NSU has received a total of $4 million “and counting” from gifts over $50,000. “Her gift was a catalyst,” said Porter.

The majority of Scott’s donation has gone towards student scholarships at NSU. This year, about 400 NSU students have already been scholarship recipients from her funds. With most of NSU’s students receiving federal financial aid, “those scholarship dollars are more than necessary to get [students] where they need to go,” said Porter.

NSU also created an endowed fund focused on research opportunities, and it has invested in professional growth and development for faculty and staff. NSU is additionally using funds to help build up the Norfolk area surrounding NSU.

“There’s not a lot of economic development around our campus,” said Porter. “We’re looking to partner with private entities to create student-friendly coffee shops and pizza places, just some things to make the community experience a lot better. Students don’t have the luxury to do a lot of things within walking distance. So, we’re trying to bring up the entire area around campus.”

“When you receive a one-time shot in the arm like those types of gifts, you have to be careful in still staying focused on the strategic initiatives of your university, so the funds don’t take you off that path,” said Dr. Vita Pickrum, vice president for the division of institutional advancement at DSU.

Acquiring Wesley College was one of DSU’s strategic initiatives, and Scott’s gift helped move the process along. DSU is the first HBCU to have acquired a private college. The move has already increased DSU’s footprint in Delaware ten-fold.

“It didn’t take us long to figure out how to use the gift because we already knew what we wanted to do with it,” said Sigmon at NCAT. “It was just having the resources. Her gift is reaching all corners of campus and putting us on a much faster trajectory.”

Pickrum at DSU, Sigmon at NCAT, and Porter at NSU each said that deciding on how to spend Scott’s donation meant talking with various stakeholders across the university, not only with the president and other university leaders.

“Often when people get an infusion like that, you go, let’s build a new stadium, but if that’s not in your original plan for the university, it can take you off-track from long-term goals,” said Pickrum. “Because if the funds are just used to pay the bills, then once that money has been depleted, are you still in the same place as you were before?”

At NSU, the department of academic affairs weighed in on the spending decision-making, as did finance and administrative units that were attuned to the university’s operational needs. Campus officers tasked with projecting enrollment and retention rates were in the tent as well. “It’s been a collaborative effort,” said Porter.

To Pickrum, supporting HBCUs is much-needed not only because these institutions have long been under-resourced but because they continue to positively influence society. Measuring the impact of Scott’s gift in the years to come will be critical. “That will be the mark of whether any of this means anything long-term,” she said.

Scott has recently spoken of her wish for media to pay less attention to her and more on the work of those that received her gifts. When asked about her choice, Porter and Sigmon both praised the move.

“We love her attitude when it comes to that,” said Sigmon. “When you hear about these big gifts, many times the focus is naturally drawn to the person who gave it. The story can become about her rather than the impact of her giving. But we know that donors give to see impact, whether in research, social mobility, or providing social justice and social equity.”

“I agree with her that being able to speak in your voice is vital because you shape the narrative,” said Porter. “This is a great chance for us to tell our own story. And at the end of the day, higher education is about people. That’s what we’d like to do: impact people.”