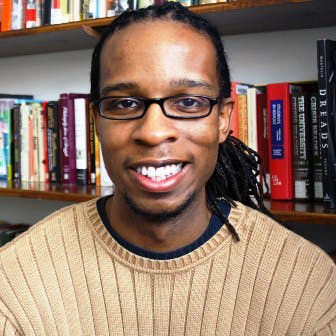 As many of you know, the 6th U.S. Circuit Court of Appeals in Cincinnati on Thursday declared Michigan’s ban on affirmative action in college admissions to be unconstitutional.

Supporters are energized, looking for ways to inject even more life into a revived affirmative action. Opponents are reeling, returning to their old fatal tactics, resorting to toxic racism to once again send affirmative action back to its deathbed.

Michigan Attorney General Bill Schuette, who supports the state’s ban, says, “Entrance to our great universities must be based upon merit.”

Whenever you hear someone (White or Black) oppose affirmative action with the “merit plea,” you are listening to racism. The notion that merit and affirmative action cannot coexist is predicated on racist beliefs and/or an inability or unwillingness to view societal racism in all of its nastiness.

The merit plea suggests the playing field is equal — racism in K–12 education is non-existent. Affirmative action is not leveling the seesaw, they argue; it is tipping the seesaw and merit is sliding off. The merit plea presupposes that inferior Black students do not enter “our great universities” based on their merit and that superior White students do.

George Washington, the Detroit lawyer who argued the case against the ban, called the merit plea the “big lie.”

“The big lie told by the supporters of Proposal 2 is that grades and test scores are a neutral means for judging merit,” he said. “But that system is openly biased against Black, Latino and Native-American applicants.”

The affirmative action ban, instituted in 2006, is openly biased, as well. It has succeeded in decreasing the number of Black students at the University of Michigan over the last six years.

Clearly, the affirmative action ban has been a boon for White students and doom for Black students at the University of Michigan. But to the Michigan attorney general, the ban “embodies the fundamental premise of what America is all about: equal opportunity under the law.” Schuette says he is “prepared to take the fight for quality, fairness and the rule of law to the U.S. Supreme Court.”

Affirmative action has been resuscitated in Michigan. But it is not safe. From now on, it will have to dodge the lethal merit pleas, sharpened in racism.

Dr. Ibram H. Rogers is an assistant professor of Africana Studies at the University at Albany — SUNY. He is the author of The Black Campus Movement: Black Students and the Racial Reconstitution of Higher Education, 1965-1972 (Palgrave Macmillan, 2012).