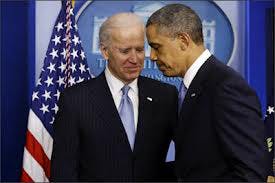 Education advocates say that the deal brokered by the President and Congress provides only a temporary reprieve from automatic cuts, which would begin in March without additional action.

The deal agreed to Jan. 1 would raise income tax rates for the wealthiest Americans, prevent automatic cuts known as “sequestration” for two months and renew several child- and student-friendly tax credits. But education advocates note that the agreement provides only a temporary reprieve from automatic cuts, which would begin in March without additional action by Congress.

“We got a stay of execution as opposed to a full pardon,” said Joel Packer, executive director of the Committee for Education Funding (CEF), an umbrella organization representing many key K-12 and higher education groups.

“The good news is that the sequester didn’t happen. But we’ll face enormous pressures for cuts again in two months,” he told Diverse.

The last-minute agreement averts potentially devastating economic effects of the so-called “fiscal cliff,” in which a collection of tax credits were scheduled to expire at the same time automatic cuts of 8.2 percent would occur government-wide because of lawmakers’ failure to reduce the national debt.

A temporary fix negotiated primarily by Vice President Joseph Biden and Senate Minority Leader Mitch McConnell, R-Ky., became the basis for the short-term fix. The Senate overwhelmingly approved the plan by an 89-8 vote, while the House of Representatives approved it by a 257-167 vote, with most Republicans opposing the plan.

By delaying across-the-board cuts, the measure provides relief to nearly all federal education programs. Only Pell Grants would be exempt from the 8.2 percent automatic cuts, which would hit programs such as college work-study, aid to minority-serving colleges and universities and K-12 education aid.

However, the cuts would take effect March 1 unless Congress and the White House reach a longer-term agreement to reduce federal spending. “Our hope is that there will be no cuts,” said Antonio Flores, president of the Hispanic Association of Colleges and Universities.

He said automatic cuts would be particularly harmful to needy students, MSIs and, particularly, Hispanic-serving colleges and universities since all of these programs “are so far behind in federal support.”

Dennis Van Roekel, president of the National Education Association, said he was “disappointed that the proposal ‘kicks the can’ on sequestration and leaves the threat of devastating cuts to essential federal funding hanging over the nation’s children and families.”

Packer said one small advantage going forward is that education programs are “forward funded,” or receive federal funds months ahead of time due to the difference between the start of the federal fiscal year in October and the beginning of the school year the following summer. As a result, schools and colleges may be able to wait until the new March deadline before implementing any cutbacks for the next school year.

“But we’re still far from out of the woods,” he added.

The Jan. 1 agreement has its greatest effect on taxes, which will increase for wealthy individuals earning more than $400,000 and couples earning more than $450,000 annually. For these Americans, tax rates will increase from 35 percent to 39.6 percent, restoring the previous rate during the administration of President Bill Clinton during the 1990s.

Several of the new law’s tax provisions will benefit higher education. It will extend for five years the American Opportunity Tax Credit, through which low- and middle-income families can claim a credit up to $2,500 a year to offset college tuition. The credit was scheduled to expire Dec. 31 without congressional action.

The new legislation also will make permanent expanded deductions for student loan interest and employer-provided education assistance. In addition, parents will continue to receive a $1,000 child tax credit that would have declined to $500 without congressional action.

Still, the specter of automatic budget cuts — now delayed until March 1 — looms large. “The more they prolong this, the more uncertainty it creates,” Flores told Diverse.

One issue of concern is that Congress would have to stop the automatic cuts at the same time it must raise the federal government’s debt ceiling. The last debate over raising the debt limit in 2011 led to a fractious debate that waged for months, a battle that ultimately led Congress to create a path toward automatic budget cuts.

According to CEF’s Packer, the fiscal cliff debate is far from over. “It’s now an ongoing series of cliffs, like a mountain range,” he said. “But we may run out of oxygen soon.”