A new report out this week from the Penn Center for Minority Serving Institutions (CMSI) at the University of Pennsylvania outlines several strategies to improve presidential engagement at minority serving institutions (MSIs).

“Presidential Engagement of Students at Minority Serving Institutions” reports findings that as social media use continues to increase, MSI presidents can be innovative in the ways they serve, support and connect with students, alumni and their campus communities. 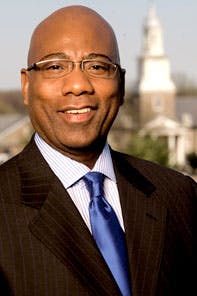 “For a long time, there hasn’t necessarily been a push for presidents to be that engaged in the day-to-day interaction with students,” said Dr. Marybeth Gasman, the Judy & Howard Berkowitz Professor of Education and director of CMSI. “The interesting thing about social media is that it makes the world so much smaller. You’re able to have access to people that you were never ever able to have access to before. In many ways, it’s made the world between the president and the students smaller.”

CMSI researchers defined presidential student engagement as “the ways in which college presidents intentionally interact with students to increase opportunities; connectedness to the institution; campus climate; and academic success.”

In addition, St. Augustine’s University president Dr. Everett B. Ward was one of a few MSI presidents to post on social media their participation in a social justice-related event on campus when he walked with students to the polls on election day last October. 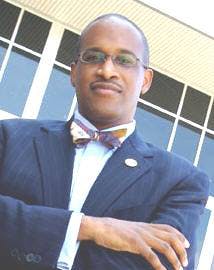 MSIs also “cultivate family-orientated communities” on their campuses, the report highlighted. Presidents Dr. Rick Gallot of Grambling State University and Dr. Wayne Frederick of Howard University organized a peace walk and gathering of support for students, respectively, in the wake of tragedies.

CMSI researchers called these leaders “outliers” in their social media use because of their transparency, engagement on social issues and uplift of their students and institutions.

“In many cases, this growing form of student engagement has been useful in humanizing presidents and allowing the administration to connect with students in an unprecedented way,” the report said of social media. “Of note, some MSI presidents have effectively used their Twitter accounts to show school spirit, share important institutional updates and engage with students.”

Kimbrough uses social media such as Twitter as a tool to not only share information, but to leverage robust, “old-school, face-to-face” meetings with students, he said. “The face-to-face, those are much more meaningful because that’s where you create real relationships.”

CMSI’s report begins with a foreword by Kimbrough, who conducted his own survey asking students how they wanted to be engaged and other Black college presidents how they engage with their students.

Kimbrough attempted to balance his survey with national studies on presidential engagement to understand best practices for engagement, but found little research on the subject, he said. He then brought the idea for a study to Gasman and CMSI.

For further engagement overall with students, the report said MSI institutions and their presidents should create and regularly monitor an online space for students to submit suggestions to the president, engage students in instances of tragedy to cultivate a “family-like” community and listen to students’ passions and causes that are important to them.

MSI presidents should consider being transparent about the role of the presidency by offering students an opportunity to shadow them or be “Chancellor for the Day,” as Fayetteville State University Chancellor James Anderson does.

“Few presidents are offering public support to students as these students champion social justice-related activities,” the report said. “Although presidents need to make individual choices about what to support, presidential engagement around issues such as DACA, voting rights and racial discrimination are essential.”

Gasman pointed to Wilson as an example, when Morgan State displayed the message “Welcome to Morgan State University, where Black lives have always mattered!” on electronic signs around the HBCU campus.

“Talk about a way to welcome African-American students and to tell everyone in the community how much you value Black lives,” Gasman said. “That’s incredibly important.”