A foundation that promotes civic engagement among young Americans is among several groups that have sued to block enactment of a new Tennessee law that they contend would suppress voting on college campuses and elsewhere with strict new registration rules and substantial penalties for violating them.

The Andrew Goodman Foundation, anticipating that Gov. Bill Lee would sign the controversial Third Party Voter Registration Law over strenuous objections – which he did on May 2 – immediately filed a federal lawsuit to prevent it from taking effect Oct. 1. 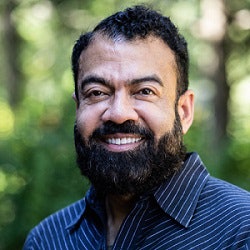 Three co-plaintiffs joined the foundation in the litigation: the state’s NAACP, Democracy Nashville-Democratic Communities and The Equity Alliance.

The new law imposes stricter standards on how voter-registration forms are completed and when they must be turned in. It also requires registration workers to undergo training and bars basing their pay on the number of voters they register.

Violators could face civil and criminal charges, fines of up to $10,000 and up to a year in jail.

Proponents of the legislation said tougher measures were needed to address problems in recent elections such as massive numbers of registration forms – many of them incomplete or inaccurate – being dumped on processing offices at the last minute.

The foundation and other critics, however, argue that the law violates the constitution’s First and Fourteenth amendments. Its provisions, they say, are overly and unnecessarily restrictive and harsh and will discourage voter sign-up in a state that routinely has one of the lowest voter-participation rates in the nation.

Further, the law would unnecessarily curb efforts to encourage registering and voting among the 18-24 age group, Thorne said, noting that it nearly tripled from 2014 to 2018.

The foundation works in 25 states – including every Southern state – and the District of Columbia to help register students to vote, conduct leadership trainings and promote civic engagement, particularly at minority serving institutions and colleges with diverse populations.

Thorne said the provision of the new law regarding payment to registration workers is particularly odious because the foundation gives stipends to student ambassadors to help them financially support themselves while also gaining an opportunity to work in a field that complements their interests. 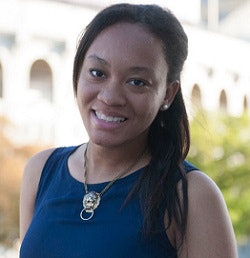 These workers, who also go into areas with marginalized groups such as housing projects and reservations, often come from underrepresented groups and would be disproportionately impacted by pay restrictions, said Thorne.

“This deliberately cripples those who need to get paid,” he said.

The foundation and its allies went on the offensive Thursday, filing a 90-day notice of noncompliance against the state with the secretary of state. They contend that the new law seriously violates the National Voter Registration Act of 1993, which was passed to facilitate voter registration and participation, protect election integrity and ensure that states maintain accurate voter rolls.

The filing contends that the law will curb efforts to remedy low voter registration and turnout among historically disenfranchised or low-participation groups such as students, young voters, African-Americans and low-income citizens.

In fact, Thorne said, the new law must be considered in the context of voter-suppression tactics in the state such as the closing of polling sites, limits on early voting, the prevalence of faulty voting machines in communities of color and arbitrary voter-ID laws.

“This is so dangerous,” said Thorne. “If other states started adopting similar measures, we would have a crisis in our country.”

Similar legislation is in the formative stages in Texas and Georgia, Thorne said, and he hopes the lawsuit against Tennessee will be a deterrent.

“We are definitely sounding an alarm,” he said, “not only in Tennessee but other states in the South where these kinds of laws are making a resurgence as they did in the Jim Crow era and post-Reconstruction. Some legislatures feel empowered to regress on the franchise for African-Americans and other marginalized people. We don’t want it to get traction.”

Valencia Richardson, who became a foundation ambassador in her home state of Louisiana after her freshman year at Louisiana State University, predicted the new Tennessee law will have “a chilling effect on college students.”

A Georgetown University law school student and one of the foundation’s Puffin Fellows, Richardson has registered students and other young voters and worked to address voter-ID issues on campuses in Louisiana and elsewhere.

But if the Tennessee law is enacted, the Fulbright Scholar said she won’t engage in future voter-registration efforts there.

“It’s important to me to register as many people as possible to make the process fair, but I don’t want to suffer a criminal penalty,”  said Richardson. “The risk would be too high. That’s going to be widespread. It’s not going to be worth it to most students.” 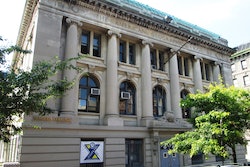 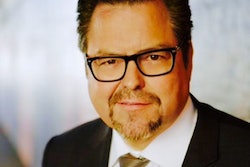