W.E.B. Du Bois would be proud of an ongoing effort to “translate” all 38 plays by William Shakespeare into an English intelligible to contemporary patrons of the stage. 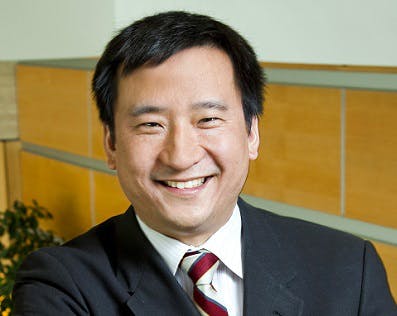 “I sit with Shakespeare,” Du Bois wrote, “and he winces not.”

The great race man — a founder of the NAACP, the first African-American to receive a doctorate from Harvard (an honor not to him but the institution), and a public intellectual before that term had even been coined — claimed for himself the most exalted of high culture.

His earliest employment had included a stint, within a cohort of Black classicists, as a professor of Greek and Latin at Wilberforce University. In his magisterial 1903 collection, The Souls of Black Folk, he considered with subtlety not only what it means to be a problem (the “Negro Problem”) but also how it is possible to possess and reconcile a dual identity.

He proposed the rights, and, as significantly, the responsibilities of the “talented tenth” who would not settle for less than equality in every sphere and who would champion those whom they would lead. Among the giants he celebrated was Ira Aldridge, the African-American actor who was the first to achieve fame, claiming roles such as Othello otherwise portrayed by Whites in blackface.

Du Bois was like Shakespeare: he took in all the world offered. He assimilated experiences to himself, not vice versa.

A friend of mine, through his Hitz Family Foundation, has commissioned the Oregon Shakespeare Festival to make these works accessible to all audiences. The OSF, in turn, has hired a diverse range of interpreters, including people of color and women. The “Play On!” project, which staged readings of all 38 of the comedies, tragedies, histories and “problem plays” – even disputed titles such as Edward III, earlier this summer in New York City – deserves respect. They are embracing a tradition as living, not dead, to be engaged with instead of admired, available to all who would recite iambic pentameter.

In San Francisco, the African American Shakespeare Company is putting on Macbeth using the new script. Set in a homeless encampment with the background projected on a screen above the players, this iteration of the Scottish Play, as it is called by superstitious thespians, has the full scope and exhilarating sentiment of any other interpretation of the soldier who seizes the crown through murder.

Encouraged by his wife, the Lady Macbeth – who would give a bad name to raw ambition – the new Thane of Cawdor, awarded the title due to the treason of the prior officeholder, decides to murder King Duncan. The frame story, placing Macbeth as another troubled soul among the many who are making the best of their circumstances under a bridge, renders them pathetic as pretending or serious as symbolic. King Duncan is a mentally disabled young man given a crown plucked from the trash, plopped into a wheelchair for a throne.

In modern dress, and for a run of under two hours sans intermission, the actors depict the madness of aspiring to power without principles. The companion in war to Macbeth, Banquo, is a woman rather than a man, as is the guard at the door of the castle who is summoned in the middle of the night by guests demanding entry.

Such alterations are not unusual. In Washington, D.C., the Folger Shakespeare Library last season offered the Restoration-era William Davenant Macbeth, as effected by inmates of the Bedlam asylum. It is the adjustment of the words that will upset critics who appoint themselves guardians of the standards for sophistication. They are challenged if others comprehend.

Many others have revised Shakespeare. However earnest they might have been, they were met with derision by observers. Irish poet Nahum Tate’s King Lear, performed in 1681 when the Bard was merely another among many Elizabethan poets, rescued the tragedy from itself: the title character returns to rule, and the youngest daughter, Cordelia, ends up with Edgar, who inherits the land. It was popular, continuing to be produced for generations.

The Lambs, siblings Charles and Mary, created the children’s volume, Tales from Shakespeare, which was reprinted repeatedly, becoming a standard introduction to the canon. They contributed to the establishment of the dramatist as essential, required reading for anybody who would claim to be educated.

The Bowdlers, siblings Thomas and Henrietta, wished to present a clean, family-friendly version of the plays, without blasphemy or perversity. In Hamlet, for example, Ophelia does not commit suicide but dies by drowning in an accident. Their name became a synonym for censorship, which sums up how scholars have regarded their editorial judgment.

Macbeth was taken on by Migdalia Cruz. A Bronx-born Latina, she has 50 credits. Shakespeare’s language and her amendments are seamless. The best lines, such as Macbeth late in the day declaring his tale to be told by an idiot, “full of sound and fury, signifying nothing,” are intact, as they should be. They can be understood without explanatory notes.

Only one update is noticeable: a character refers to a “carbon copy.” It should be fine. Young spectators likely associate carbon paper, which has existed since the early nineteenth century, with antiquity, since typewriters are collector’s items now.

The goal is to supplement, not substitute, the Folios that established Shakespeare as the author of authors, the singular talent who defined our culture. The people participating are, like W.E.B. Du Bois, entering a conversation from which they were previously excluded. By doing so, they are claiming their own stories.