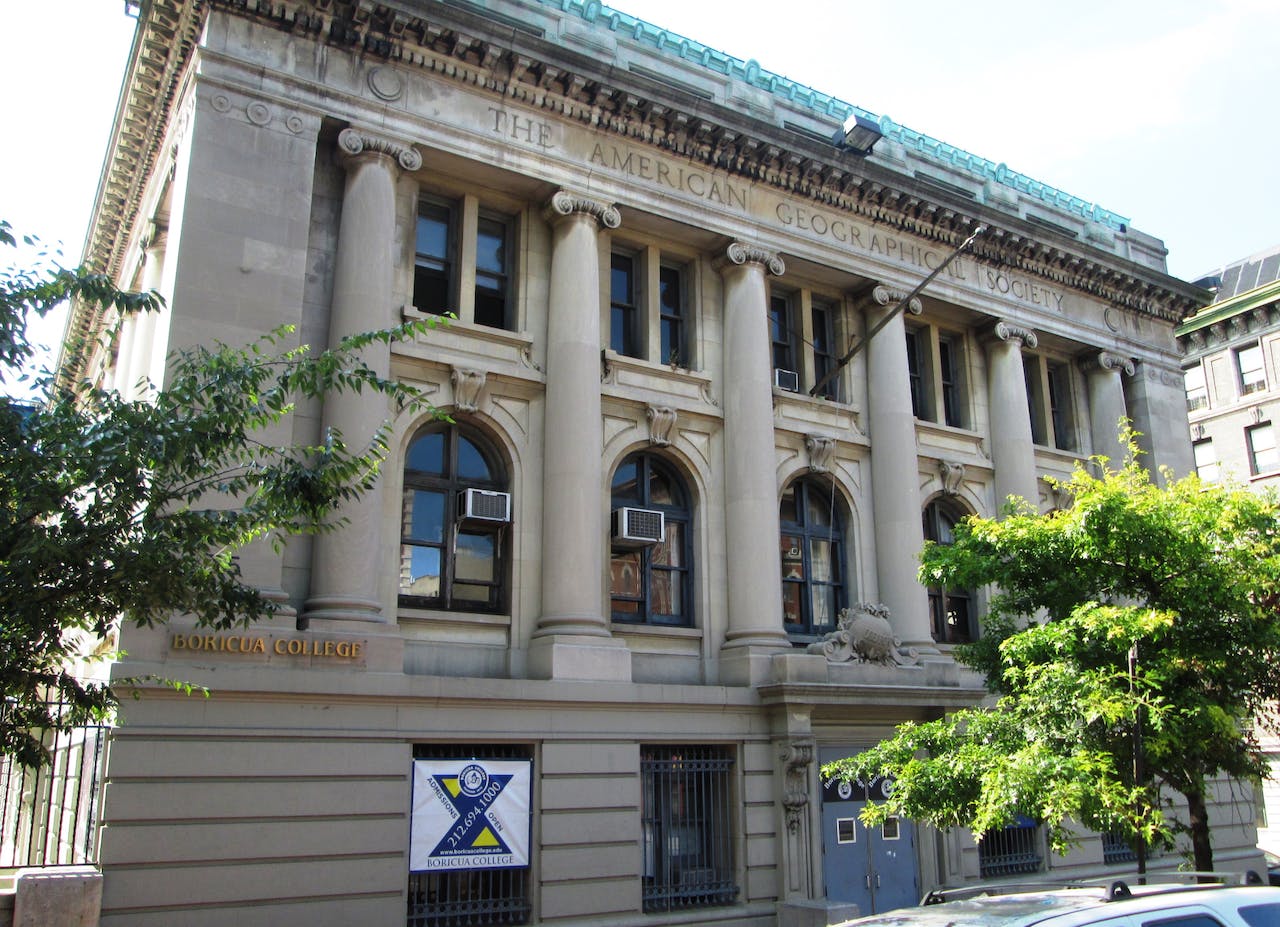 The Manhattan CampusAt the corner of 156th street and Broadway in New York City, sits one of the city’s best kept secrets: Boricua College.

The college is the brainchild of Puerto Rican activists and scholars, including Dr. Antonia Pantoja, the first Latina woman to win the Presidential Medal of Freedom, whose pursuit of equity in education helped to create bilingual education and English as a Second Language programming that Latinx K-12 students use in the city today. Boricua College is the first private, non-profit institution on the U.S. mainland to be built with the express purpose of serving the Puerto Rican population in New York City.

Since 1992, the federal government formally recognizes institutions that serve over 25% Latinx students as Hispanic-Serving Institutions (HSIs). The Latinx population is the fastest growing population in the U.S. According to data from Excelencia in Education!, an organization that promotes the success of Latinx students in higher education, there are 569 institutions that identify as an HSI as of 2020, representing 18% of all colleges and universities.

But simply because a college meets the population requirements to be an HSI doesn’t guarantee that institution is making adjustments to serve its Latinx students, said Excelencia’s CEO and president, Dr. Deborah Santiago. Boricua College, however, has embedded that service into its very mission.

Santiago said that an organization like Boricua College can be so focused on serving its direct community that it doesn’t focus as much on marketing, which can lead to bigger concerns related to sustainability. According to Rosalia Cruz, director of financial aid at Boricua College, enrollment has been down since the pandemic. Fall 2021’s numbers did not improve, Cruz said, because the vaccination requirement may have served as a deterrent to some students returning. The majority of recruitment comes from word of mouth, direct one-to-one connection within the city's boroughs, which is partially why so many walk past the college without knowing how much heavy lifting Boricua does for the Latinx community in New York.

For almost fifty years, Boricua College has built a holistic system of support for roughly 1,200 full-time students as they achieve associate’s, bachelor’s, and master’s degrees in human services, business, and education. Graduates of Boricua have gone on to become leaders within their communities, opening their own day care centers, becoming elementary teachers, and honing their activism skills.

Despite enrollment hiccups, Boricua College prioritizes funding for its students, most of whom are adult learners. Every student who starts at Boricua College receives a laptop and a printer. The first-year retention rate for students is 82%. The college was able to use just under $4 million in Coronavirus Aid, Relief, and Economy Security Act (CARES) funds and Higher Education Emergency Relief Funds (HEERF) from the federal government to pay off lingering student debt. Just under half of these students identify as Puerto Rican, while 40% identify as Latinx from different backgrounds. Roughly 14% of Boricua students identify as Black, and 6% identify as white, Asian-American Pacific Islander, or Indigenous.

Some marketing can be seen on buses and in subway ads across New York City, but Dina J. Harris and Evette Camacho, two admissions staff at the college, usually recruit new students through direct contact. Harris and Camacho spend many hours pounding the pavement and sharing flyers. Harris, who has worked in admissions for the last eight years, has learned how to target potential new students intentionally, adding that she developed a kind of sixth sense that helps her determine who will be receptive to her.

“I invite them to come for just a visit, no obligations,” said Harris. “But usually, they’re looking for a change.”

Those who accept the invitation meet with Harris or Camacho on campus and receive a tour from a current student. They are walked through the financial aid process where they meet director Cruz, who has worked at Boricua College for 34 years. They walk up and down the unpretentious grand stairway on the Manhattan campus and look through wide windows with views into the courtyard of the Museum of Hispanic Heritage, located right next door. Nine times out of ten, Harris said, those potential new students enroll.

Staying small is key to Boricua’s ability to fully support their students in the way that their pedagogy requires. Everyone operates on a first-name basis, there are no strangers here. Every faculty member at Boricua, and most of the staff, is bilingual. While Boricua’s instruction is entirely in English, teachers are able to fully communicate with their students and clarify questions in their native tongue.

Boricua educates with what it calls “The Five Ways of Learning.” The key components are the student, the facilitator, and five areas of focus: individualized study, colloquium, experiential study, theoretical study, and cultural study.

Theoretical and cultural study relate to courses in science, math, literature, and histories. But that’s where the similarity to many four-year institutions ends. At Boricua, all students are guided through their educational journey by weekly, one-on-one meetings with their facilitator, a member of the faculty. These meetings are a combination of academic and social counseling—they help the student succeed not only in their classes but in life as well.

“This individual study teaches the student how to enhance their writing, and their thinking, and helps them to become better human beings,” said Roberto Guilbe, senior officer in the admissions department at Boricua College. Guilbe is 80 years old and has worked at Boricua since 1980. He is technically retired, but he still comes to the college at least twice a week to help out and occasionally salsa dance during holiday parties. Guilbe, Cruz, and other faculty who have spent decades walking Boricua’s halls are honored by the title of “founders.”

Once a week, the facilitator gathers all the students they are mentoring together (about 10 in total, since the pandemic) for an in-person discussion called a colloquium. Often, students are confronted with ideas they are unfamiliar with or opinions they disagree with. Students then go home and write a log about what they heard, saw, and felt.

All students who attend Boricua are also required to complete experiential training, where they shadow workers in their field and eventually participate in internships or apprenticeships during their junior and senior years. Their facilitator helps them evaluate and process their experiences on site.

This five-part pedagogy is engrained in the faculty and staff. They can all recite the principals of the practice by heart, but should they forget, there is usually an abstract graphic printed out and pinned to the nearest corkboard. At the bottom, a quote: “Learning as a process of self-integration,” a nod to the way education can open the consciousness of a person.

Boricua College's LogoBoricua’s holistic support made all the difference to Yentil Morales, who started her education at City University of New York (CUNY) and found herself overwhelmed and floundering after one semester. When she returned home during the winter holidays and told her mother she no longer wanted to go to college, her mother gently redirected her. Instead of quitting altogether, she suggested, why not attend her alma mater, Boricua College?

Morales was nervous to transition but found her worries without cause. She graduated in nine semesters with both her associate’s and bachelor’s degrees in human services.

“I found myself here, as a student,” said Morales. “They prepare you, help you grow. The skills I learned here I apply every day.”

The experience is so unique, said Morales, that many times students who leave Boricua often end up coming back. Camacho, in admissions, was one of those students. She stopped out of school to raise her family, but never lost her determination to return. Fifteen years later, she's almost finished with her bachelor’s degree in business.

These stories of success and the familial feel of the college keep students coming back long after graduation, checking up on old friends. Morales worked in the financial aid office while she attended school. She ended up staying on after graduation.

Boricua is "the core of what an HSI should be,” said Santiago. "Giving students a sense of identity that works around them, rather than expecting students to adapt to institutions.”

Santiago said that the creation and endurance of Boricua College is inspirational. For those who know about it, it’s front and center as an institution that knows how to intentionally serve its population.

“Here you have a college with a mission to serve the Puerto Rican population, that expanded to serve not just Latinos—that’s a mission grounding that sets it apart,” said Santiago. “As a smaller institution, promoting what makes you unique is not an easy thing to do. But, to me, they can be exemplars of the kind of institution that meets the community where they’re at, to serve them well, rather than just expecting students to conform to a traditional struct of higher education.” 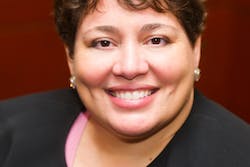