If you’re a minority attorney or know one, the decision or conversation regarding whether to go the law firm route is certain to come up. Many young attorneys have dreams of making six-figure salaries, and the big payoff — literally and figuratively — is making partner.

But partnership often eludes minority attorneys, and UCLA law professor Richard Sander has recently published research looking into the possible reasons. Is it the culture of law firms that prevents the “upward mobility” of minority attorneys? Sander cites evidence that, on average, minority associates hired into large corporate firms come with lower law school grades than Whites, and they receive less mentoring from senior attorneys after being hired. He speculates that “inferior performance” by the minority associates results in fewer quality assignments at firms. His arguments are somewhat controversial, as senior writer Ronald Roach writes in our cover story “Getting to the Truth.” Other legal scholars also weigh in on why the leadership ranks of large corporate law firms remain essentially a White men’s club.

For those who decide the law firm life is not for them, Diverse correspondent Tracie Powell reports on what law schools are looking for in terms of instructors. In “Still Publish or Perish,” Tracie reports on the increasing emphasis that law schools place on scholarly work versus practical legal experience when looking for professors.

In this edition we also look at the evolution of Chicana/o studies programs. Diverse correspondent Garry Boulard reports on how some programs are responding to the changing Hispanic demographics in this country. How do these programs appeal and remain relevant to this growing population, which, with the exception of a shared language, is not a monolithic group.

Contributing editor Mary Annette Pember introduces us to the term “non-beneficiary” student, which refers to non-Native students who attend tribal colleges. And although this is often an affordable and convenient option for these students, the colleges, unlike their state counterparts, do not receive any federal or state funding for educating them.

“This is really an issue of equity,” says Thomas H. Shortbull, president of Oglala Lakota College and a former South Dakota state senator.

For example, South Dakota state colleges are currently receiving around $3,900 per full-time student from the state, he says. But opponents in the state Legislature contend that approving funds for tribal colleges would open the door for other private institutions to request similar funding.

In “Deal or No Deal,” Shortbull argues that it’s an inaccurate comparison because tribal colleges are not comparable to private entities. 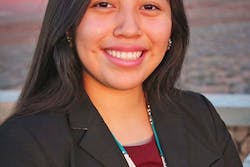 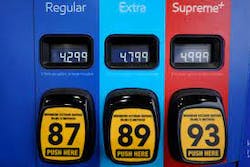 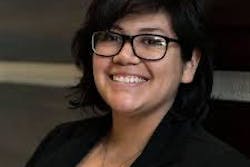 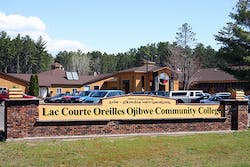