The recent appointment of Dr. Brian Norman, a White man, as the dean of the Gwen Ifill College of Media, Arts, and the Humanities at Simmons University has created mixed opinions about whether he is the right person for the position. 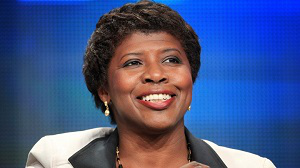 Ifill, a 1977 graduate of Simmons, was an African-American journalist and host of the “PBS News Hour”, and after she died two years ago from a battle with cancer. In 2017, the university decided to name a new school in her honor, according to the Baltimore Sun.

Since Norman began his role as dean of the college in April, several alumni and current students were upset that Ifill’s spirit “wasn’t represented” in the job selection, the Baltimore Sun reported.

Simmons had to cancel multiple events scheduled to celebrate the new college in the fall semester because Simmons alumni and students had told president Helen G. Drinan they would boycott them.

After hearing about the controversy over his new position, Norman said that the protests allow for dialogue.

“Even in her absence, Gwen is helping us have that conversation,” Norman said.