As a result of pressure from its students, Seattle University School of Law administrators has ended its externship with the United States Immigration and Customs Enforcement (ICE), which supplies students with professional legal experience for class credit. 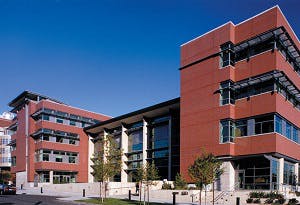 In June the private, Jesuit Catholic institution joined other Jesuit organizations in condemning the Trump administration’s policy on family separation, according to the Seattle Times.

Third-year law student Alex Romero noticed ICE representatives at a table during a law-school externship fair in September, and later met with university administrators to inform them that seeing ICE on campus could be frightening for undocumented students and went against its university mission.

After university administrators didn’t promise Romero they’d make any changes, he decided to create an online petition, which received 468 signatures in almost a weeks time.

Annette Clark, dean of the Law School announced the decision to end the externship on Oct. 31 in an email to the campus community.

“As educators, lawyers, and soon-to-be-lawyers, we hold particular power and bear a special responsibility to be peacemakers and to assist those who are suffering due to the unjust operation of our legal system, laws, and their enforcement,” Clark said in the email.