A recent data analysis by the Institute for Fiscal Studies (IFS) shows that women who attended a university in England benefit more than women without degrees who earn similar incomes of men in the same age group who didn’t attend university after high school.

The data that was used in the analysis comes from longitudinal observations conducted by the Department of Education, which studied people who took the General Certificate of Secondary Education (equivalent to the U.S. GRE) exams from 2002-007 until they reached the age of 29, according to The Guardian. 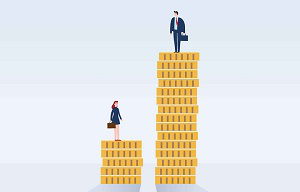 “For women, going to university is a very good investment, for men it’s less clear – there are a large class of men doing courses that have zero or negative monetary value, so it’s a question for them of if it’s worth doing,” Jack Britton, senior research economist at IFS told The Guardian.

Authors of the analysis believe that the continued pay gap between the genders could be the result of traits like soft skills, hours worked and student loans and that incomes could be determined by market demand.