Calvin College Changes Date When it Will Become Calvin University

Calvin College will officially change its name to Calvin University on July 10, 2019 to align with the birthday of the school’s namesake, John Calvin, the 16th-century Protestant reformer. 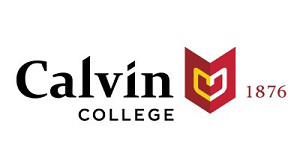 The college previously voted on changing its name in 2020 during its 100th anniversary, according to NBC-affiliate WOOD-TV.

The name change is meant to showcase the institution’s strong academic programs and academic innovation and that the term “university” is more identifiable for international students, officials said.