John N. Kastanis, CEO at University Hospital in Newark has resigned amid requests for his ouster following a  New Jersey Health Department investigation of an outbreak that might have caused the death of three infants in the hospital’s neonatal intensive care unit.

Kastanis announced his last day will be on Dec. 14 after serving as CEO since March 2016. 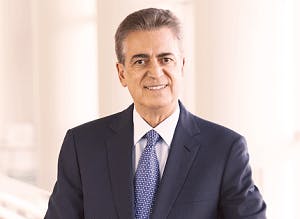 “I am proud to have built a talented leadership team and to have continually challenged them to improve the quality of care provided here every single day. Those of us in the building, regardless of position, know that we have started to see improvements that will benefit our community’s healthcare and position us for the future,” he said in the announcement.

The announcement did not come as a surprise for the Newark community, as he received criticism from Newark Mayor Ras Baraka in the past and pressure from Gov. Phil Murphy’s administration, according to NJ.com.

Since September of this year, four infants in the hospital’s neonatal intensive care unit were exposed to the Acinetobacter baumannii bacteria.

The bacteria is a hospital-acquired infection, and a cause of death for the three infants has not yet been determined.

“New leadership at University Hospital will present an opportunity to turn the page culturally and set the hospital on a rapid improvement path,” said health commissioner Shereef Elnahal.