Researchers at the University of California at Los Angeles (UCLA) published a new study that found that people’s political opinions can determine whether they believe false information about dangers. 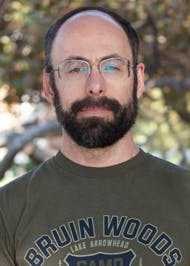 The study, called Electoral fortunes reverse, mindsets do not, found those results still remain true today with Republicans controlling the White House and both houses of Congress, according to a UCLA release.

The researchers split their research into two surveys, one released six months after the 2016 election and another following Alabama’s December 2017 senatorial election. Around 500 participants were asked to determine the validity of 16 statements regarding hazards. All but two were false.

“It appears that these different perspectives on the safeness or dangerousness of the world are intrinsic personality differences,” said Dr. Daniel Fessler, an anthropology professor at UCLA and member of the research team. “And those perspectives have a lot to do with where people land on the political spectrum, how much they believe messages about danger and whether they tend to see dark forces at work.”