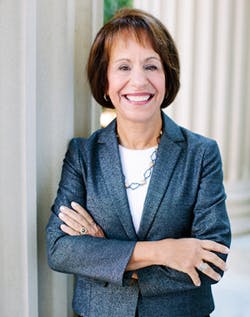 The board of governors gave Folt until Jan. 31 to leave her position. Originally, Folt had planned to stay at UNC-Chapel Hill through its 2019 spring graduation, according to The News & Observer.

The decision to accept Folt’s resignation follows a day when she issued the announcement that she would resign and remove the base of the controversial Confederate statue ‘Silent Sam’.

“We feel strongly that it’s probably in the best interest to go ahead and allow a change in leadership so we can move to a healing process,” said the board’s chairman, Harry Smith, after the brief meeting on Monday. “Our focus is and always will be what’s in the best interest of the institution, and we felt strongly it was time to go ahead and make a change and allow the institution to move forward. So that’s why we compressed the time line.”

Smith said that Folt’s announcement being distributed publicly while the board was meeting in a closed session “undermines and insults the Board’s goal to operate with class and dignity.”

Folt believes that this is a good time for her to step down from her position, despite her handling of the future of ‘Silent Sam’.

“I was making these decisions somewhat separately,” Folt said on Tuesday. “This really was a decision I was making about my next step and the proper timing of that for the university.”