The CNN senior political commentator will have an office in Roush Hall, where he will film live shots for the cable news network, according to Columbia Business First. 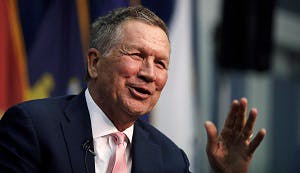 “Otterbein University is a great school in my hometown,” Kasich said. “I look forward to spending time on campus.”

“Right now, it’s a pretty loose term, since he doesn’t know what’s going to happen next for him,” Comerford said. “But we wanted to provide some space for him in that in-between time, or permanently, should he choose that.”

Kasich joining the Otterbein faculty will put the university on the national stage and give its journalism students the opportunity to help with his CNN work, Comerford said.