Proposal Would Allow Dept. of Higher Ed to Help Institutions in Danger

The proposal, presented at a board meeting on Tuesday, seeks to address issues that occurred in several of the 17 Massachusetts colleges that closed or merged in the past five years, according to WBUR.org. 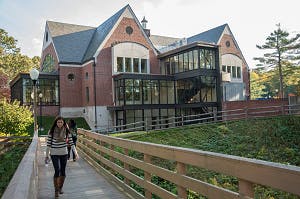 Specifically, the state board is trying to prevent problems caused by Mount Ida College’s closure last year from happening again at other state institutions. During the closure, college officials announced the campus would close a month in advance, leaving current and incoming students struggling to find a college that would enroll them as transfer students for the fall 2018 semester.

The proposal suggests that the Department of Higher Education annually screen all Massachusetts private colleges using a metric that would predict whether an institution could teach its student body to the completion of the current and following academic year.

After the screening, the Department would confirm with the college that it is in danger, then oversee its financial situation. If the Department finds that the school cannot teach its students to the completion of the current and following school year, the college would be required to create a contingency plan to transfer its students and ensure they can finish their degree program.

The proposal would also require the Department notify current, incoming and prospective students. If a college fails to comply with the process, it would lose the entirety of its state financial aid and possibly lose its accreditation.