The name change, which will be effective beginning on July 1, will give “the institution a name that adequately reflects its growth as a graduate degree-granting institution, an innovator in online learning, and a viable higher education option for international students,” said college officials. 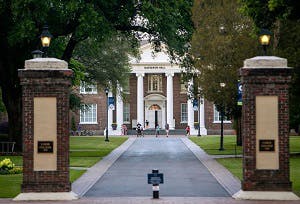 “The name Coker University is going to showcase the breadth of our academic offerings, from undergraduate degrees to graduate degrees to online degrees, as well as the growing number of students we’re seeing from around the country and the world. It’s an exciting time for Coker and for our community,” said Coker president Dr. Robert Wyatt.

Changing the institutions status from college to university showcases Coker’s growth in the past several years, such as adding five graduate programs and four online bachelor’s degree to its list of program offerings, according to SC Now.

The 111-year-old institution regularly recruits international students, and a portion of these students come from locations where the word “college” is mainly used to describe a high school education, said college officials.

“We’re pulling from 11 different countries now, 30 different states,” said Howard Coker, the great, great, great grandson of the college’s founder, Major James Lide Coker. “[With] the number of graduate degrees we have in place, it’s absolutely appropriate at this time in the cycle of the history of the college to recognize ourselves as we are, which is a university.”