The bill would authorize funding for grants to restore historic buildings and sites at HBCUs across the U.S. that have deteriorated over time in addition to improving accessibility on several HBCU campuses. 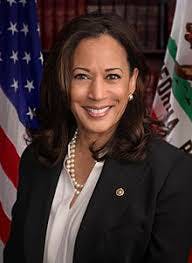 “During my time as a student at Howard University, I was proud and humbled to walk the same hallways as historic figures like Thurgood Marshall, Zora Neale Hurston, and Shirley Franklin,” said Harris. “The history represented at Howard and across every other HBCU imbues special meaning on each campus and reminds students that they can come as they are and leave as the person they aspire to be. I’m proud to introduce this legislation to preserve and improve HBCUs around the country for our future generations.”

Graham said that HBCUs have played a vital role in American higher education. “With their long, rich history, HBCUs have helped many students achieve their full potential,” he said. “I’m pleased to join this bipartisan effort to strengthen these fine institutions and the Americans who have benefited from the important role played by HBCU’s.”

Supporters of the bill include organizations such as The United Negro College Fund, the Thurgood Marshall College Fund and the National Trust for Historic Preservation.