Monica Levitan
Mar 5, 2019
In partnership with the Educational Advancement Foundation, Alpha Kappa Alpha Sorority, Inc. (AKA) has given a $100,000 pledge to West Virginia State University (WVSU) as part of the AKA-HBCU Endowment Fund. 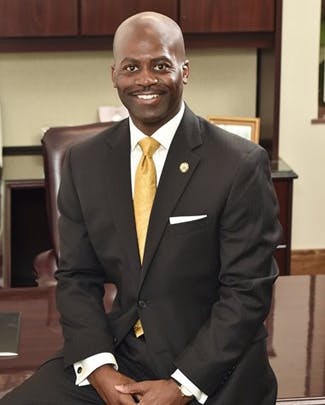 Along with the presidents of 31 other historically Black colleges and universities (HBCUs), WVSU president Dr. Anthony L. Jenkins gathered at AKA International Headquarters in Chicago on Feb. 28 to accept the first installment of each institution’s award.

The gathering featured remarks from AKA International president Dr. Glenda Glover in addition to providing the presidents with a tour of the organization’s recently renovated world headquarters.

“I appreciate the commitment of International president Dr. Glenda Glover and the entire Alpha Kappa Alpha Sorority, Inc. not only for their support of West Virginia State University, but their passion to improve access, opportunity and college completion. What they are doing is inspiring and I hope all NPHC Sororities and Fraternities follow their lead,” said Jenkins. “The Alpha Kappa Alpha Sorority, Inc. Nu Chapter has a long and distinguished history at West Virginia State University, and has played a pivotal role in the lives of many young women who have gone on to change the world, including Presidential Medal of Freedom recipient Katherine Johnson.”

The organization implemented the AKA-HBCU Endowment Fund with the mindset of investing in the future generations and the sustainability of HBCUs, Glover said.

“Our organization has pledged to donate a total of $10 million toward the endowment, and we are honored to provide West Virginia State University the first $50,000 during our February event as we celebrate Black History Month and the legacies of all HBCUs,” said Glover, who is also the President of Tennessee State University. 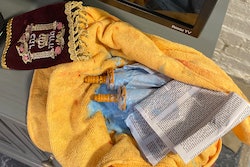