Former Texas Congressman Beto O’Rourke, who became increasingly popular during his unsuccessful 2018 Senate run, has announced he is running for U.S. president, citing a message of national unity and generational change will boost him above several progressives who have big-ticket policy ideas.

“This moment of peril produces perhaps the greatest moment of promise for this country and for everyone inside it,’’ O’Rourke said in a video announcing his candidacy that was released hours before a three-day tour of Iowa began. 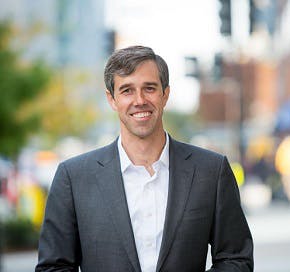 O’Rourke’s Democratic rivals are not letting his long-anticipated launch go unhindered, however. Former San Antonio Mayor Julian Castro released a list of 30 new endorsements from Texas, include a state legislature from O’Rourke’s hometown, and Senator Kamala Harris emailed a fundraising appeal noting his entry into the 2020 presidential race – and the diversity in the field that she represents.

President Donald Trump has also responded to O’Rourke’s announcement, stating at a photo opportunity in the Oval Office, “I think he’s got a lot of hand movement,” Trump said. “I’ve never seen so much hand movement. I said, ‘Is he crazy or is that just the way he acts?’”

Unlike several of his rivals for the Democratic nomination, O’Rourke has spent little time until recently considering a White House run, according to The New York Times.

Some voters and activists have also questioned whether a White male is the best fit in this day in age, especially after 2018 midterm successes led by female candidates and candidates of color.

With O’Rourke’s announcement, there are 15 Democrats in the running for the 2020 U.S. Presidential Election.