Rutgers University faculty union members are preparing to participate in a potential strike to fight for salary raises, among other things. This would be the first faculty strike in Rutgers’ history.

The union, Rutgers AAUP-AFT, has been in negotiations with university administrators for over a year on a new contract to create an agreement on the union’s proposals for things such as gender and campus pay equity and increased salaries for teaching assistants. The administrators and union have not yet been able to settle on an agreement. 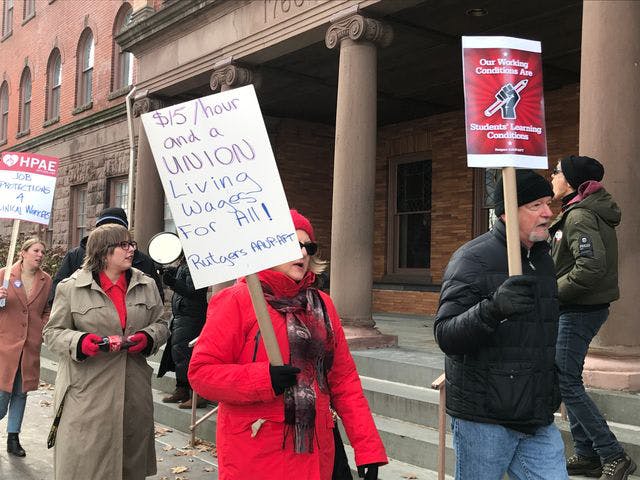 As a result, Rutgers AAUP-AFT, the largest faculty union have been registering for picket duty and leaders of the union have scheduled an emergency town hall meeting to address any concerns members may have regarding the strike, according to North Jersey Record.

The union will soon decide if it will go through with a strike, union vice president Dr. David Hughes said.

“If we do strike, it will be because we consider the short-term disruption of classes to be worth the long-term investment in quality higher education we’re bargaining for,” Hughes said. “We’re preparing and we’re taking the matter extremely seriously, because no one is eager to strike but we do it for the sake of higher education and for the sake of our students.”

Since March 2018, there have been 35 negotiating sessions, said Rutgers spokeswoman Dory Devlin.

“It’s important to note that that while the university can underwrite recruitment and retention efforts, as it has done, the faculty make the ultimate hiring decisions within their departments and schools,” Devlin said. “We are working with departments, deans and chairs to ensure that candidate pools include diverse candidates and that our commitment to diversity is a priority.”

Union members want the university to go beyond this by pledging additional resources and money to a proposal called “EOF plus six” that would focus on fellowships for low-income first-generation students involved in the Education Opportunity Fund program to pursue careers as researchers and professors.

In addition, the union requests for a higher salary for part-time lecturers and teaching assistants, who currently make $5,200 per course and $26,000 a year, respectively.

“We’re really trying to make it possible for everybody who teaches at Rutgers to earn a living wage and live with enough security to provide the best possible education to our students,” Hughes said.