Leland to Step Down as UC Merced Chancellor

Dr. Dorothy Leland, who led a remarkable expansion of the University of California, Merced and was a champion for DACA students, will step down Aug. 15, ending an eight-year stint as chancellor. 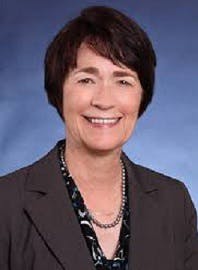 “I am grateful for all that we have accomplished together,” Leland said in an announcement Monday. “UC Merced’s distinction, both now and into the future, is not a reflection of its administrative leadership but of a unique student body; our growing numbers of distinguished faculty; and a staff that works harder and wears many more hats than most.”

UC president Janet Napolitano said a national search for Leland’s replacement will begin immediately and that Napolitano will appoint an interim chancellor for the board of regents to vote on during an open session Thursday.

Leland’s “strong leadership and tireless advocacy on behalf of UC’s youngest campus has helped amplify UC Merced’s many strengths and solidify its place in the system,” said Napolitano.

Leland, former president of Georgia College & State University, became UC Merced’s third chancellor at a time when the school had become the first research university to be built in the historically underserved San Joaquin Valley, and the first UC campus to open since 1965.

Enrollment grew by more than 4,000 students during her tenure, including a 73 percent increase in graduate students, while 134 new faculty members were hired and four majors were added. She also championed a $1.3-billion initiative that in four years will have doubled the size of the campus with new housing, classrooms and athletic facilities.

The public-private partnership, called “Merced 2020,” is a first for a public higher education institution in the United States and will create enrollment capacity for more than 10,000 students, expanding access to a campus that currently educates the highest percentage of first-generation and low-income students of any UC school.

Leland has been a leading proponent of the Deferred Action for Childhood Arrivals program, whose beneficiaries include about 600 UC Merced students — the largest proportion of any UC campus. Leland also has testified and written extensively on behalf of DACA as a co-founder of the national Presidents’ Alliance on Higher Education and Immigration.