In the first quarter of 2019, the gap between White and Black unemployment widened or remained the same in 14 of the 22 states for which data were available, according to a new report by the Economic Policy Institute.

The Trump administration has touted recent record-low levels of Black, Hispanic and female unemployment nationally since the president took office. 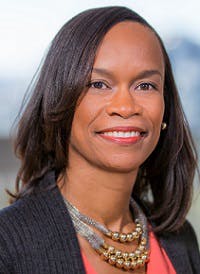 However, “taking a more detailed look at trends by race and by state shows that the topline unemployment rate is masking significant weakness in the economy,” said Dr. Valerie Wilson, director of EPI’s Program on Race, Ethnicity, and the Economy.

“Yes, the economy is improving, but with African-American unemployment approaching double-digits in several states, we simply can’t say that we are at full employment,” said Wilson, author of the report, which provides a state-by-state breakdown of unemployment rates by race and ethnicity. “Policymakers at the Federal Reserve, in Congress and in state governments should explore ways to target Black and Hispanic unemployment and ensure that everyone shares in the fruits of a growing economy.”

The Hispanic unemployment rate, meanwhile, is at or below its pre-recession level in 13 of the 16 states for which data were available. The largest gaps between Hispanic and White unemployment rates are in Connecticut, Nebraska, Pennsylvania, and Washington.

The highest Black unemployment rate is in the district at 11.6 percent, followed by Illinois at 9.4 percent, Indiana at 9.1 percent, Louisiana at 8.5 percent and Pennsylvania at 8.4 percent.