In preparation for traveling to hurricane-ravaged Puerto Rico to help with rebuilding efforts, student volunteers across the City University of New York system are invited to attend training sessions and interviews. 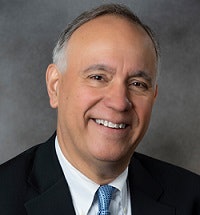 CUNY is partnering with the New York Stands with Puerto Rico Recovery and Rebuilding Initiative, which is planning four deployments this summer. The first contingent departs Sunday.

A training and interviews were held Tuesday at CUNY in Manhattan. Chancellor Dr. Félix Matos Rodríguez, president of Queens College and a Puerto Rico native,  is a participant in training sessions, along with CUNY student volunteers.

Some of the student volunteers have personal experience assisting after natural disasters elsewhere in the world, such as Brooklyn College student Nischal Giri, who survived an earthquake in his native Nepal.

Hurricane Maria slammed the Caribbean island and U.S. territory in September 2017, claiming more than 4,000 lives during the category 4 storm and its aftermath. It also caused widespread flooding in Haiti and the Dominican Republic.