The Association of Public and Land-grant Universities (APLU) has thrown its support behind the American Dream and Promise Act of 2019. 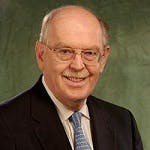 In a letter Monday to majority and minority leaders in the U.S. House of Representatives, APLU president Peter McPherson strongly urged leaders to approve the legislation.

The act “would protect the thousands of Dreamers in our nation who through no fault of their own find themselves in an untenable situation,” he wrote. “For many, the United States is the only home they can remember and English the only language they speak. Providing lawful permanent residence in the United States and eventually citizenship is both the morally right thing to do as well as a boost for our economy as Dreamers earn degrees and positively contribute to society.”

McPherson noted that without legal certainty and work authorization, the ability of Dreamers to “contribute their full potential to the United States will be significantly hampered. APLU also strongly supports providing Dreamers access to federal student aid and states providing access to in-state tuition.”

He added that APLU supports provisions addressing the status of individuals in the U.S. through “temporary protected status” being provided opportunities to become permanent residents and eventually U.S. citizens.