The state of Michigan has agreed to help college students vote while away at school, a victory for Democrats who sued last year to overturn a law that made it harder for students to vote, according to a report in the The Washington Post. 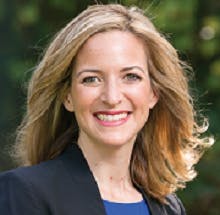 Jocelyn Benson, Michigan’s secretary of state, said Wednesday that her office will launch a major educational effort to help students register to vote at their campus addresses. Her announcement was part of a settlement with groups of College Democrats that had sued to overturn a requirement that voters cast their ballots only at the address listed on their driver’s license.

While Benson’s decision does not invalidate the law, it is expected to reduce the difficulty the law placed on students. In 2016, almost 595,000 college-age students were enrolled at Michigan schools out of a total voting-age population of about 7.7 million people, according to the lawsuit.

Because students frequently move, many retain legal residency at their parents’ homes elsewhere in Michigan and said they were unable to vote in 2016 and 2018 elections while at school because of the law.

Things will change this election cycle. Voters overwhelmingly passed a ballot initiative last year allowing online and same-day registration and no-excuses absentee voting, making it easier for people to vote in a state with formerly some of the most restrictive voting laws in the nation.

Benson, a Democrat and former dean of Wayne State University’s law school, said students can register at their campus or hometown address. They will receive material about how to register and update their addresses and mobile voter registration will be available at the state’s biggest campuses.