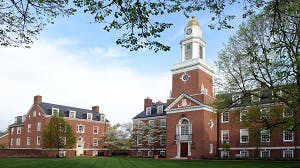 The controversial sale of Westminster Choir College to Kaiwen Education, a Beijing-based for-profit company partly owned by the Chinese government, will not go forward.

According to National Public Radio, Kaiwen Education, and Rider University, which has Princeton, N.J.-based WCC among its holdings, announced that they had “mutually agreed” to not go ahead with the sale. Instead, Rider says that its board has approved a plan to move the college’s programs to its own campus.

NPR notes that the planned sale of WCC to Kaiwen spurred two lawsuits in New Jersey Superior Court that sought to block the purchase, as well as an investigation by the New Jersey Attorney General’s office. Kaiwen’s termination of the deal to buy WCC was voted on unanimously by its board of directors on June 28.