An assistant director of student services has been placed on unpaid administrative leave at Morehouse College as the all-male Atlanta HBCU investigates allegations by several students that the employee sexually assaulted them, CBS Atlanta has reported.

The accusers posted videos of themselves on Twitter in which they accuse DeMarcus Crews of unwanted sexual advances. The explosive videos have gone viral. 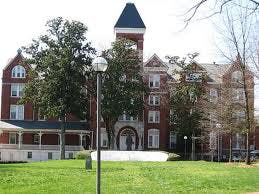 “So I’m finally ready to tell what happened. Since second semester of my freshman year, I was assaulted by a staff member of Morehouse College by the name of Demarcus Crews,” one said in a Twitter video.

He said Crews made multiple inappropriate comments and advances, and tried to force the student to come out about his sexuality.

“I don’t want to go into detail about what actually happened because this video would be taking forever,” the student said, describing Crews’ actions as “predatory.”

The student, whose real name is not associated with his Twitter account, said he suffered depression as a result of the unwanted advances. He had not told his parents and only opened up about it to a few friends. This student was just the first to share his story about Crews.

Another Twitter user wrote a long post alleging Crews sexually assaulted him multiple times, causing him to deal with depression, suicidal thoughts and other struggles.

A student named Bryson, who identified himself as a freshman, also posted a video in which he detailed alleged sexual harassment by Crews.

Morehouse released a statement to CBS Atlanta that said, in part:

“Maintaining a safe and secure campus for students, faculty, staff and visitors is a priority at Morehouse College. We will take appropriate and immediate action against anyone involved in compromising the safety of our community. We have demonstrated that in our urgent response to these allegations. Our support goes out to anyone who feels that they are a victim of sexual misconduct.”

The college also tweeted a letter from the president, Dr. David A. Thomas, saying that the school’s senior leadership was assembled immediately to address the issue.