In the United States, public awareness of the Holocaust has continued to decrease. 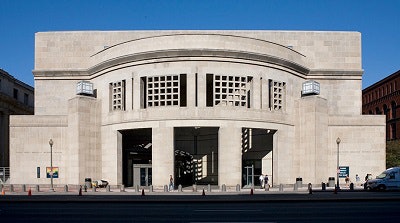 According to a survey conducted by the Claims Conference in 2018, 22 percent of polled millennials nationwide said they had not heard of the Holocaust or weren’t sure if they heard of it. Additionally, 66 percent were unaware that Auschwitz was a concentration camp.

As a way to inform and engage the younger generation, the United States Holocaust Memorial Museum created the program, Bringing the Lessons Home.

In the program, Washington, D.C. high school students spend 14 weeks learning about the history of the Holocaust and train to become a tour guide at the museum.

Additionally, the students interview Holocaust survivors and create art to depict their experiences. Their artwork is displayed in the Holocaust museum and local synagogues, American University’s Radio Station WAMU reported.

“[Survivors] are so important and they’re not going to be around forever,” program participant Annalise Vezina told WAMU. “We have to be sure to tell their stories.”