A partnership between the Southern University Law Center and the Coushatta Tribe of Louisiana has led to the establishment of the Native American Law and Policy Institute (NALPI). 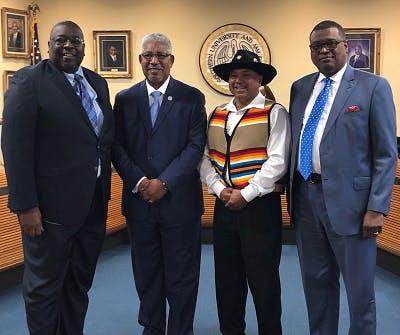 Southern University is the first historically Black college and university to have an Institute of this capacity.

“The Native American Law and Policy Institute was created as a catalyst to raise awareness about Native American tribes and provide an outlet where they can receive educational, advocacy, legal and policy assistance,” said John Pierre, chancellor of the Southern University Law Center. “As the first HBCU with this type of institute, we have the opportunity to train our students in an important and developing field, which will increase our competitiveness.”