WASHINGTON– The Atlantic and the Stavros Niarchos Foundation Agora Institute at Johns Hopkins University (JHU) convened various leaders in education and business to discuss civic education on Wednesday at the Newseum in Washington D.C.

The conference, Civics and the Future of Democracy, included six panels that discussed the meaning of civic education and the role of schools and institutions in teaching it to students. 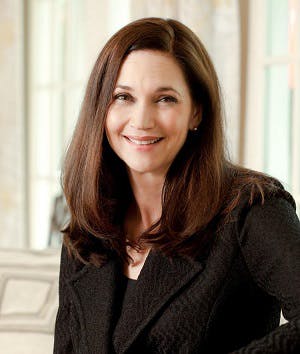 “Civic education is providing kids with a deep knowledge and history about how the government works, it means critical analytical skills, it means learning democratic values, it means experiential opportunities and it means living in a civic society which means a diverse society,” said Michael Rebell, professor of law and educational practice at Teachers College, Columbia University.

“We need to be able to weave this throughout the entire schooling experience and then continue at the higher ed level,” she said. “Whether you’re going to college or not, you’re going to be a member of the community and we have to recognize that that’s important. We have to live together and try to find a way to solve what are now very complicated problems across a lot of differences.”

Ahmed Sesay, a recent graduate of Classical High School in Providence, Rhode Island began to understand the importance of civic education after an incident with a teacher. A few weeks before graduation, Sesay was handing in late work and his math teacher said that he “should be in jail for [his] attendance.”

As an African-American student, Sesay wondered “why a White woman would think that’s her place to be like, ‘oh you should be in jail.’”

She then retracted her original statement and said “actually, you aren’t 18 yet, your parents should be in jail,” according to Sesay.

“I was like with your level of education and with your lens on how to teach people and how to be a compassionate person, you should know that your job is to empower me and not to make it seem like I’m a bad person for things in my life that I can’t control,” he added. 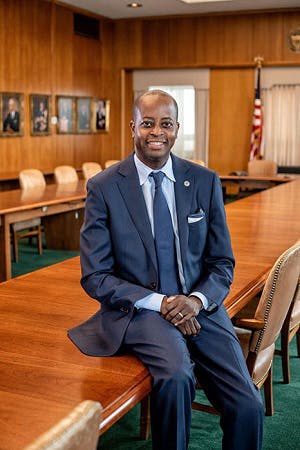 Quillen said that universities have three obligations including facilitating direct participation such as organized voter registration, enabling conversations on campus and helping students grasp a notion of citizenship.

Frederick and Daniels discussed examples of activism that have occurred on their own campuses.

For example, JHU students recently protested the university’s contract with U.S. Immigration and Customs Enforcement as well as the introduction of a private police force on campus. The protest was shut down after a month when students occupied an entire building.

“When they move from a ground floor to taking over a whole building, to basically covering up windows and not allowing the administration in, that becomes a lesson on democracy,” said Daniels. “There’s guard rails, there’s places you can have protests,  you can have the expression but ultimately there are lines that can’t be crossed if we are going to have an orderly democracy.”

Frederick agreed that there needs to be “guard rails” within civic engagement and sometimes students tend to “romanticize activism.”

“You have to be educated about what it is you are protesting and not just protesting for the sake of protesting,” he added.